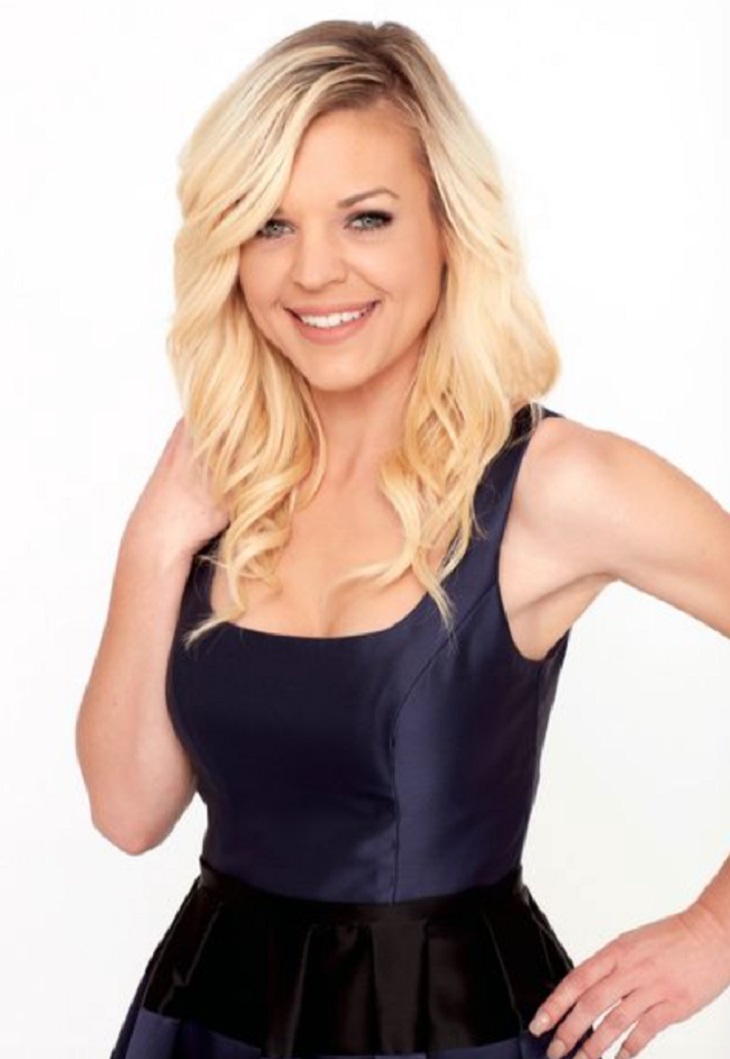 ‘General Hospital‘ spoilers are teasing that Kirsten Storms is leaving the ABC soap and will be the next ‘GH‘ cast member to step away from her role, on a temporary basis.  Earlier this week it was announced that Tyler Christopher was taking some time off due to lengthy contract negotiations, and Nick Stabile was stepping in for him.  Now, Daytime Confidential is reporting that Kirsten Storms is taking some time off too!

It’s unclear why Kirsten Storms needs to take some time off, whether it is personal or work related is unknown.  But, TPTB at the ABC soap opera is reportedly searching frantically for a temporary replacement to fill Storms’ shoes and play the part of Maxie Jones.  This isn’t the first time Kirsten took some time off, she went on medical leave in 2011 and ‘Days Of Our Lives’ star Jen Lilley filled her shoes.  Of course, Jen is busy playing the part of Teresa Donovan now.  However, Daytime Confidential is reporting that another former ‘DOOL’ character, Molly Burnett, is being considered to take over the part of Maxie on a temporary basis.

So far, Kirsten Storms nor TPTB at ‘General Hospital’ have confirmed or denied this shocking ‘GH’ casting news.  But, considering the report from Daytime Confidential earlier this week about Tyler Christopher leaving temporarily was dead on … it doesn’t look too good.  So ‘GH’ fans, why do you think Kirsten Storms is leaving temporarily?  Is it something work related, or something going on in her personal life?  Who would you like to see fill in for her?  Share your thoughts and theories in the comments below and don’t forget to check Soap Opera spy for all of your ‘General Hospital‘ spoilers and news!