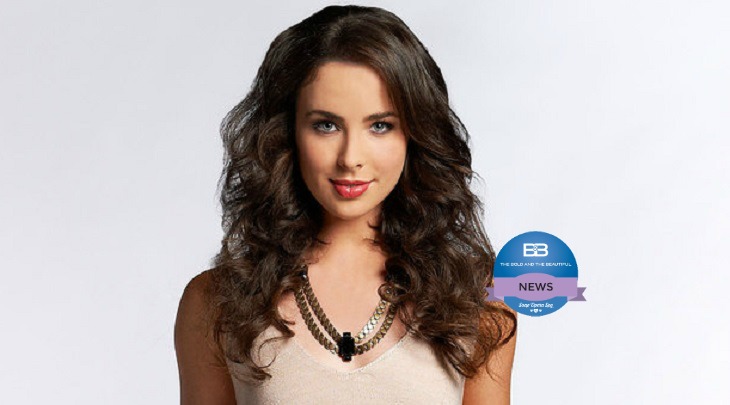 “The Bold and the Beautiful” fans have often wondered when Ivy Forrester (Ashleigh Brewer) plans to come back on the canvas. Ivy dropped off the storylines in January when the writers broke up Steffy Forrester (Jacqueline MacInnes Wood) and Liam Spencer (Scott Clifton). Ivy was a big part of that reason for their relationship discord, and lead to Quinn Fuller (Rena Sofer) snatching Liam, and forced him to stay with her for months.

Brewer returned for a single episode in March, with the purpose of explaining where she had been all this time. Apparently, she has been traveling with her father and was enjoying time away from the Forresters. In real life, Ashleigh spent time in Australia with her family and enjoyed being gone so long. She admitted that she is feeling stir crazy without working and cannot wait to get back to the set.

As for when she will come back, she isn’t sure; CBS Soaps In Depth reports. She has let the show know that she is back in California, and is available to work. So far, she has not received a date to come in to tape scenes. She assumes she will return at some point as her name is in the opening credits.

“The Bold and the Beautiful” fans have voiced their desire to have Ivy to come back to the canvas to throw a wrench in Steffy and Liam’s (maybe) love connection. Liam can deny it if he wants, but he has a genuine affection for Ivy, and it caused (huge) problems in his relationship with Steffy.

Is it possible that Ivy could mend Liam’s broken heart? One thing is for sure, if Steffy saw Ivy and Liam spending time together, it could prompt her to admit her true feelings for Liam and end her marriage to Wyatt. Don’t forget to come back to Soap Opera Spy later for more juicy soap opera spoilers, news, and updates.