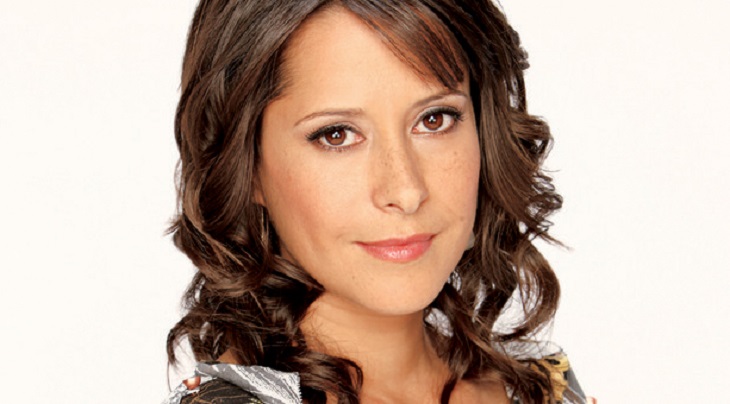 To General Hospital fans, Kimberly McCullough will forever be etched in our hearts as Robin Scorpio-Drake, daughter of super spies, Anna Devane (Finola Hughes) and Robert Scorpio (Tristan Rogers). She originated the role of Robin at the age of 7, and had been the only actress to portray her. Kimberly McCullough is not just an actress, in fact, she left the role of Robin to pursue a career as a director. Even though she found time to make brief returns, in 2011 she directed a short film starring General Hospital’s Lexi Ainsworth (Kristina Corinthos-Davis), called Nice Guys Finish Last. And for fans of the popular series Pretty Little Liars, she also is a director there too.

Now onto the juicy stuff… Kimberly McCullough is giving us a glimpse into her new project HEY DAY which she says is a pilot loosely based on her own life, set in the 1980s and a behind the scenes of a GH type of soap. Kimberly was excited to share that Bree Williamson (Claudette, GH) will be playing the character of Tammy, a former ballerina who got kicked out of the business because she was snorting cocaine, a habit she carries over to the soap set. Finola Hughes (Anna, GH), will be playing a character similar to former Executive Producer, Gloria Monty, who she says was her inspiration. Kimberly says it’s a concept that was conceived a while ago when she kept hearing stories about the soap legends of the 80s, and how different the storylines were back then.

The concept became very interesting to her and she decided to write this show and is planning on pitching it to all the different networks, including a submission of a script to the Sundance contest called “The Episodic Story Lab”. She ended up getting into the last round of the competition, at which point they ask for a visual pitch, which is where you talk about your own connection to the story. This was a very important part for Kimberly because it was based on her own experiences of growing up, in the 80s, on a soap opera; the pitch also showed how her personal life was much different than her TV life.

Kimberly goes on to explain how fans remember a lot of the history and feel very close to the cast, and a lot of fans say that the 1980s were their favorite time on the soaps. It was a “juicy” time, and all the actors had this “crazy fame”. Kimberly always likes to keep her fans up-to-date because they have always been super supportive of her and she likes them to know that she isn’t just sitting around after General Hospital.

When asked what fans can do to show support for her new project, Kimberly asks to please share across social media #80sheydaysoap This way she can show different companies that fans actually want to see the show.