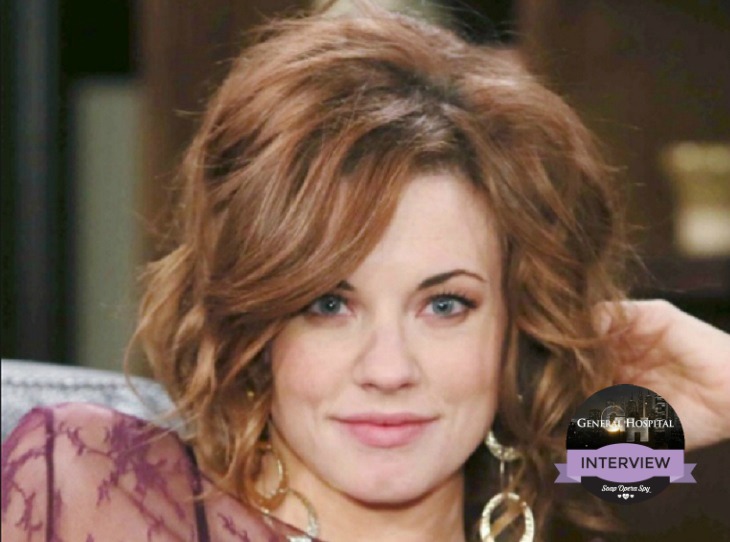 Kirsten Storms just made her way back on screen as the famous Maxie Jones on ‘General Hospital’. With her return comes the end of Molly Burnett’s filling in for her while she was on her temporary break. Earlier this year Storms released a statement that she was taking a break from the ABC soap opera and the reason why.

Nonetheless the series was quick on finding a temporary replacement in the form of former ‘Days of Our Lives’ star Molly Burnett [Ex-Melanie Jonas]. Her first appearances were scenes with screen partner Ryan peavey [Nathan West]. In the new issue of the Soap Opera Digest magazine Burnett speaks of what it was like filling in for Storms and working with Peavey.

Burnett stepped in during a pretty important time, when it was time for the character of Maxie to finally meet her fiancé’s ex-wife Claudette [Bree Williamson]. Both Burnett and Williamson made their debuts around the same time. And, even though Storms has a solid presence in the role of Maxie Jones, Burnett surely did an excellent job. Fans were thrilled to have her on board!

Who knew when Burnett was tapped to fill in that she would leave such an impact on GH viewers, so much so that they want the show to create a new role for her? “I had a blast!” Burnett shared with SOD when asked of what it was like to fill in temporarily for Storms. “Ryan was fantastic; He’s a super down-to-earth guy who really loves nature. We would run lines and then play Guitar Hero,” she noted as she reminisced on her time on ‘General Hospital’.

So GH fans aren’t you sad to see Burnett’s time come to an end? Would you like to see her in a permanent GH role?