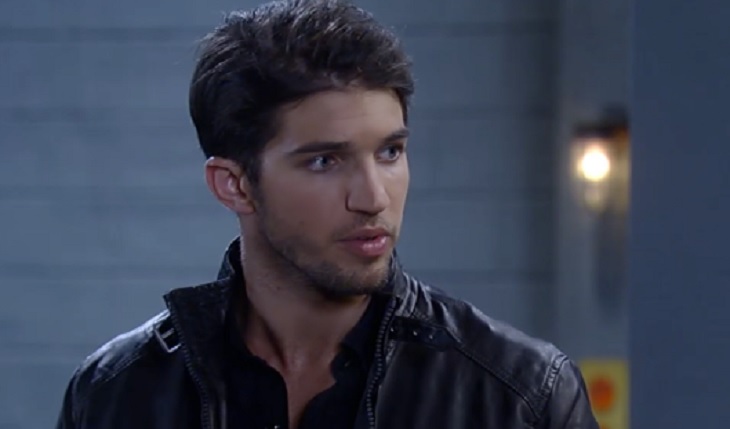 General Hospital spoilers recently revealed that Bryan Craig is leaving the ABC soap opera, and his role of Morgan Corinthos.  Craig confirmed the news of his exit, however the ABC soap opera has yet to speak out about the major casting shake-up, nor have they revealed whether or not they will recast the role.

General Hospital spoilers recently revealed that Morgan Corinthos has decided to go to college, fans assumed that this was the way that the writers would have Bryan Craig’s character leave town.  However, as we all know, Morgan is currently off his meds and acting out of character, so his snap decision to go to school was really just another manic episode and will most likely blow over once his family gets him help…again.

It looks like General Hospital might be recasting the character of Morgan Corinthos.  The soap opera recently sent out a casting call for a character that sounds an awful lot like Bryan Craig’s character.  According to Soap Opera Digest, the casting call reads, “20 to 25 years old, Caucasian male. He is brooding and intense. He is complicated and troubled. Underneath his edge he is a soulful young man trying to figure things out.”

Morgan Corinthos is a huge part of current General Hospital storylines, so it makes sense that the soap is looking to replace Bryan Craig rather than just write the character out of Port Charles.  What do you think GH fans?  Are there any actors that you would like to see play the part of Morgan?  Or should the soap just send Morgan packing if Bryan Craig is not going to play the part?  Share your thoughts in the comments below and don’t forget to check Soap Opera Spy for all of your General Hospital spoilers and news!

‘The Young and the Restless’ Spoilers Thursday, September 22: Jack Accused of Abuse – Phyllis Hospitalized, Billy Begs for Love – Victoria Fed Up with Jill