‘The Young and the Restless’ Spoilers Thursday, September 22: Jack Accused of Abuse – Phyllis Hospitalized, Billy Begs for Love – Victoria Fed Up with Jill 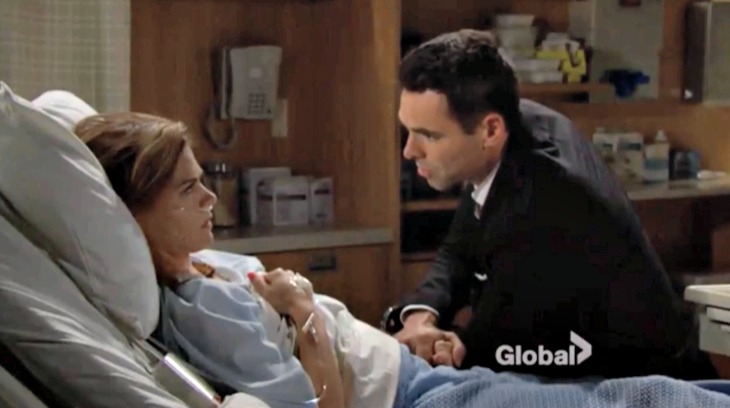 “The Young and the Restless” (Y&R) spoilers for Thursday, September 22, tease that Jack (Peter Bergman) will find himself facing some startling accusations. A reporter will ask Jack if he’s heard the rumors. Jack will seem puzzled until the reporter drops the bomb. He’ll suggest that people are saying Jack beat up his wife.

Jack will undoubtedly deny it and tell the reporter to scram. Poor Jack has been cheated on and lied to repeatedly. Now he’s having to deal with revolting gossip as well. Jack will soon be even more determined to get revenge on those who put him in this position. Phyllis (Gina Tognoni), Billy (Jason Thompson), Jill (Jess Walton) and Victor (Eric Braeden) all deserve to pay the price.

Elsewhere, Jill will continue to nudge Victoria (Amelia Heinle) toward a reunion with Billy (Jason Thompson). Naturally, Victoria will argue that it’s not happening. Thursday’s Y&R preview video shows Victoria saying, “I want you to get it through your insanely thick skull that Billy and I are never getting back together.”

Jill won’t seem convinced. She feels like Billy and Victoria are meant for each other. Jill just has to make them realize what they’re missing. Of course, that’s kind of difficult when Victoria and Billy are fighting nonstop. They can barely stand to be in the same room, but there are surely some lingering feelings underneath their anger.

Billy’s love for Phyllis creates another obstacle for Jill’s reunion plans. “The Young and the Restless” spoilers say Billy will try to make Phyllis remember what they shared. Phyllis said she made a mistake, but it’s easy to see that her romance with Billy meant something. She wouldn’t have declared her love if it was just a fling.

Nevertheless, Phyllis believes she needs to give her marriage one more shot. She just can’t accept that it’s over. Jack is furious right now, but his rage will probably fade over time. Still, Phyllis can’t deny that she cares about Billy. They have a real spark and it’s tough for them to let go of that strong passion.

You Might Also Like —> Jack Quits, Says Old Jack Is Back – Phyllis Stirs Up Trouble – Jill Makes Travis an Offer

Phyllis will end up in the hospital on Thursday’s “Young and the Restless” episode. Billy will sit by Phyllis’ bedside and take her hand. As Phyllis looks in his eyes, Billy will insist that he knows she loves him. Billy will want Phyllis to recognize their true potential. He’ll think they should be together.

Will Phyllis cave in or let Billy down gently? We’ll give you updates as other news emerges. Stay tuned Y&R and don’t forget to check Soap Opera Spy often for the latest “Young and the Restless” spoilers, rumors, updates and news.