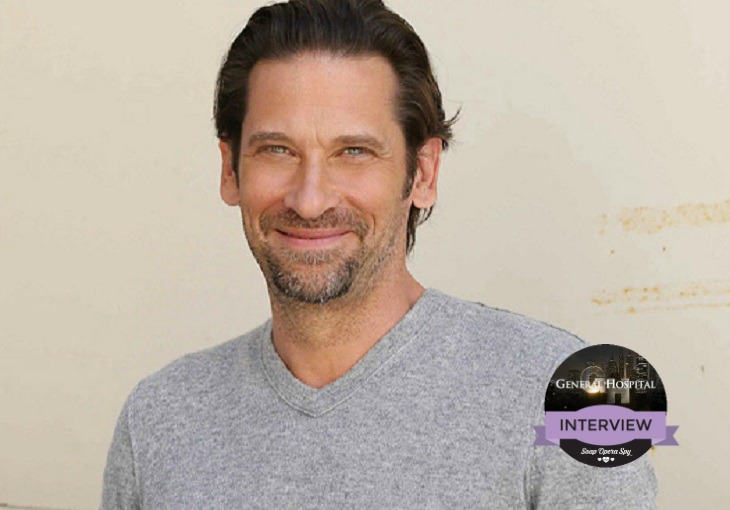 ‘General Hospital’ actor Roger Howarth has become quite the fan favorite as Franco Baldwin. From doing some dastardly things to becoming a changed man and having new developments in his emotional life, Franco has become the character to watch. Howarth has been on more than one daytime drama and he is noted as extremely talented. His previous roles on some now nonexistent soap operas still have fans talking about that era. Michael Fairman was blessed to have encountered and interviewed Howarth as he spoke of what it like being on ‘General Hospital’, working with some fan favorites, his character’s love life, troubles, his previous daytime work and much more.

In the interview, Howarth was able to reflect on his time on ‘One Life to Live’ and working with a stalwart like Erika Slezak [Ex-Vikki Lord]. Howarth highlights that he loved working with her and truly misses her; he noted “Oh, she is a champ! I miss her. Erika was very supportive of me. I can’t say enough good things about her.”

Have you ever wondered what life is like for Billy Miller [Jason Morgan] and Roger Howarth outside of portraying Jason and Franco always being at odds? While a whole lot of bad blood still exists between the two characters, it is not like that for them in real life. Howarth states that he loves Billy. He thinks that there is a lot of story to explore between the two characters especially considering the history of the two. Likewise Howarth thinks of Kathleen Gati [Dr. Obrecht] as a neat actor and the relationship between their characters is terrific.

And though there is a budding relationship between Liz [Rebecca Herbst] and Franco, is it possible that Nina [Michelle Stafford] and Franco may end up back together some day? The actor doesn’t know but he highlights how much he loves working with Stafford and believes there’s a lot of value that exist between them. “I think that if Franco and Nina were ever in the same room it would still be interesting” he shared.

When asked about what’s happening between Liz and Franco, Howarth shared “he [Franco] is surprised at his own attraction to this person [Liz], and a little confused by it. I think that’s really interesting. There is some kind of playful part of him that seems to be confused that it was something that just showed up, and it wasn’t something he was prepared for. Particularly on the heels of his breakup with Nina which was over some pretty heavy adult set of conversations.”

To say the least Howarth is one of daytime’s best and he has a great soap opera history. As for his character, Franco it would be good to see Liz and Franco go really really far!

‘The Young And The Restless’ Spoilers: Chloe’s Scheme To Frame Adam In Jeopardy – Will She Give Up To Save Bella?