‘The Young And The Restless’ Spoilers: Chloe’s Scheme To Frame Adam In Jeopardy – Will She Give Up To Save Bella? 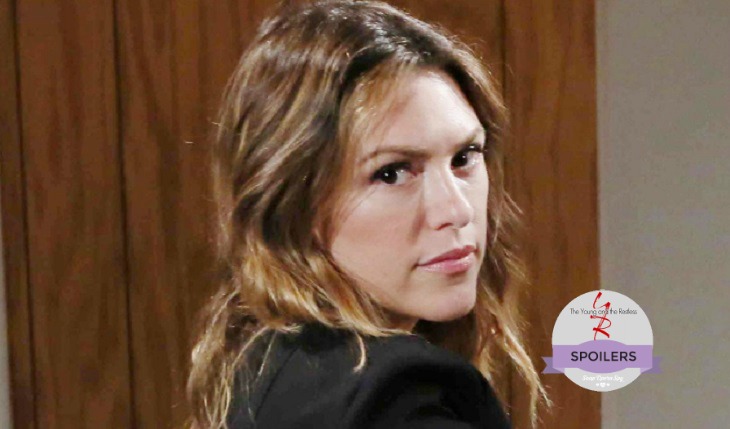 Chloe (Elizabeth Hendrickson) returned to Genoa City with a clear intent to injure one character on ‘The Young and the Restless’. As of now, she’s accomplished her goal. Adam (Justin Hartley) sits in the slammer, wrongly convicted of murdering Constance Bingham (Sally Kellerman). However, Chloe’s fluid plans are changing because two key people continue to close in on her.

Dylan (Steve Burton) refused to give up the goat, even though Paul (Doug Davidson) ordered him to do so. Chelsea (Melissa Claire Egan) received Dylan’s assurance that he wasn’t dropping his personal investigation and was continuing to work on Adam’s case. With a bit of unwanted, yet fruitful, help via Kevin’s (Greg Rikaart) technical snooping, also known as hacking, this Genoa City detective now has a clearer direction to pursue.

Victor has persisted in telling, some would say threatening, Chloe. He’s demanding that she relinquish the pages of Sage’s (Kelly Sullivan) diary, but she keeps insisting that they were burned. The Moustache won’t relent, which means that two men, one honest (Dylan), the other (Victor) not so much, are boxing her in.

At the center of Chloe’s fluid frame scheme is Bella (Cali May Kinder). Victor has threatened to take her two-year-old daughter from her if she doesn’t do what he’s asked. However, it appears that he’s currently unwilling to take that step because his bases aren’t fully covered. If Victor does take Bella, Chloe might be able to retaliate by providing evidence that proves she worked for him to imprison Adam.

With a dogged detective nearing the truth, that Chloe is the mystery woman shown in the hacked prison video, Hendrickson’s character knows her partially conceived plans must change. How long she’ll be able to keep Victor at bay, while also pushing off Dylan, is unknown. But, this still-grieving mother needs to realize that she’s jeopardizing her future with Bella. Chloe must stop pursuing some misguided version of justice if she hopes to get her life back on track.