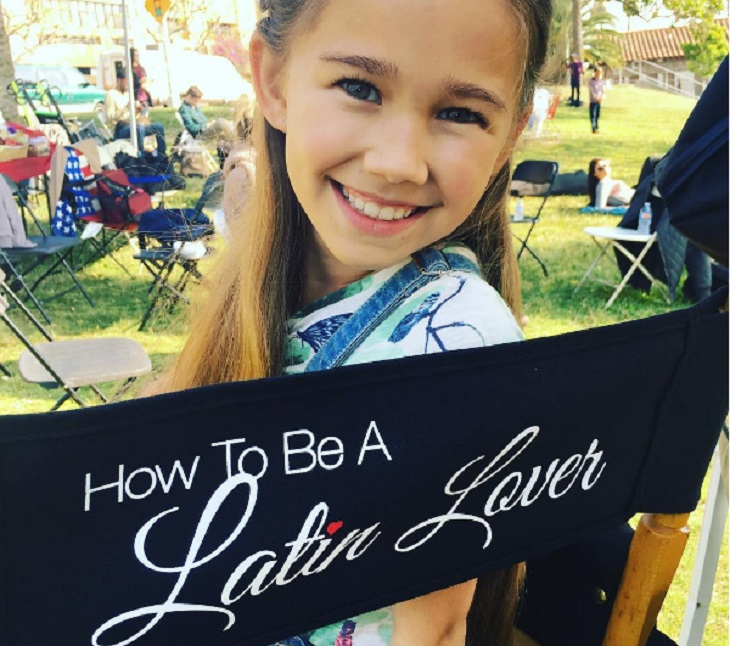 If you miss seeing the cute little face of Brooklyn Rae Silzer better known as Emma Scorpio-Drake on General Hospital, then your in for some good news! Brooklyn will be appearing in her first featured film called “How To Be A Latin Lover.”

The movie “How To Be A Latin Lover” will be out in theaters in 2017. Brooklyn will be playing the part of a little girl named Arden. There was a picture of Brooklyn posted on her Instagram page and under it says “Grateful Brooklyn filmed her first feature film with an amazing and talented cast.” Brooklyn is a very talented actress and is going on to do big things.

Related: Roger Howarth Dishes On Franco’s Romance With Liz, Plus Whether He And Nina Will Reunite

In the comment section of Brooklyn’s post you can find Jason Thompson better known as her on screen dad Patrick Drake saying “You keep those Latin Lovers far away!!!!” She replies with “I promise. Miss you tons.” It is so great that the two still keep in touch even though their careers went separate ways.

It would be awesome to have Patrick Drake (Jason Thompson) Robin Scorpio-Drake ( Kimberly McCullough) and Emma Drake all together on GH again. Maybe one day the writers will move them back to Port Charles. Would you GH fans like that?

Brooklyn Silzer won the hearts of GH fans everywhere. Hopefully soon she will be making another guest appearance on the show. Last time we seen her she had got to meet Griffin Munro (Matt Cohen) Duke Lavery’s (Ian Buchanan) son. There was a cute little scene between the two she was playing a doctor and he was playing a sheriff. It was great to see the two interact so well. How did you like that scene?

GH’s Brooklyn Silzer is an amazing little actress and we have no doubts about her making it far. McKenna Grace, the little girl who use to play Faith Newman on The Young and the Restless, will also be appearing with Brooklyn on “How To Be A Latin Lover.” She is another talented little actress who will make it far. So don’t forget to check it out when it comes out in theaters next year. Also, don’t forget to check often for the latest General Hospital News, spoilers, updates and more.