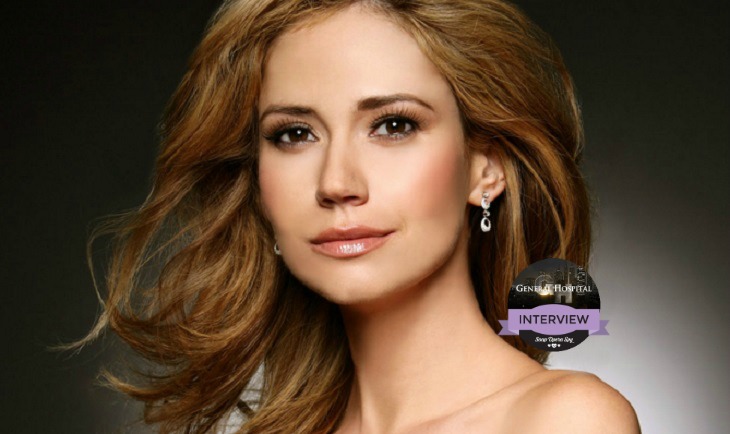 “General Hospital” has a new professor in town, Ashley Jones [Parker Forsyth] – and she’s ready to cause trouble. Ashley recently opened up about her new role and her excitement about working with executive producer Frank Valentini.

Jones, who portrayed Bridget Forrester on the “Bold and the Beautiful,” was beyond happy to take on the character but had to keep things quiet. The actress reveled to Soap Opera Digest, “They [TPTB] were so secretive about it that I’ve been scared to tell anyone.”

It was clear to Ashley there was going to be some kind of major reveal around Parker Forsyth and this is the first time Jones is actually able to talk about her role. Ashley couldn’t even talk about how it came to be that she was cast as Parker until now according to the interview with Soap Opera Digest.

Related: The Amazing Rebecca Herbst – A Look Back at 20 Years of Liz

So, how did Ashley come to be Parker on “GH”? This whole casting process went on for months. Jones was caught off guard when the offer to portray the new character came in from “General Hospital.” Despite her surprise, Jones admits she was very excited. Ashley has never been cast in a role on any ABC daytime drama before. She was familiar with “General Hospital” because she had watched the soap opera quite a few times over the years.

The prospect of working with Frank Valentini, executive producer of “GH” was pretty exciting for the actress. “I was just ecstatic,” Ashley divulged. Believe it or not, Jones had butterflies in her stomach as she arrived on the “GH” set for her first day of filming.

The actress worried about getting to the set on time, remembering where to park her car, getting through security. Most of all Ashley Jones was worried about being able to give TPTB all that they expected of her as Parker.

It wasn’t long before Ashley felt comfortable on the set of “General Hospital” though. Luckily Jones filmed just the big reveal part of the storyline just before the soap opera took its winter break. Returning to the “GH” set after the break Jones was able to really get into the character.

Though Ashley Jones isn’t quite sure where Parker Forsyth is headed, expect the professor to be an intriguing character. Jones wants fans to know that Parker is very different from her “B&B” character Bridget. Ashley is very interested to see where the writers take Professor Forsyth, and “General Hospital” fans should be too!

‘The Bold And The Beautiful’ News: Sean Kanan Exclusively Dishes On His Movie Career – Free Screening Of ‘South 32’ Coming Up