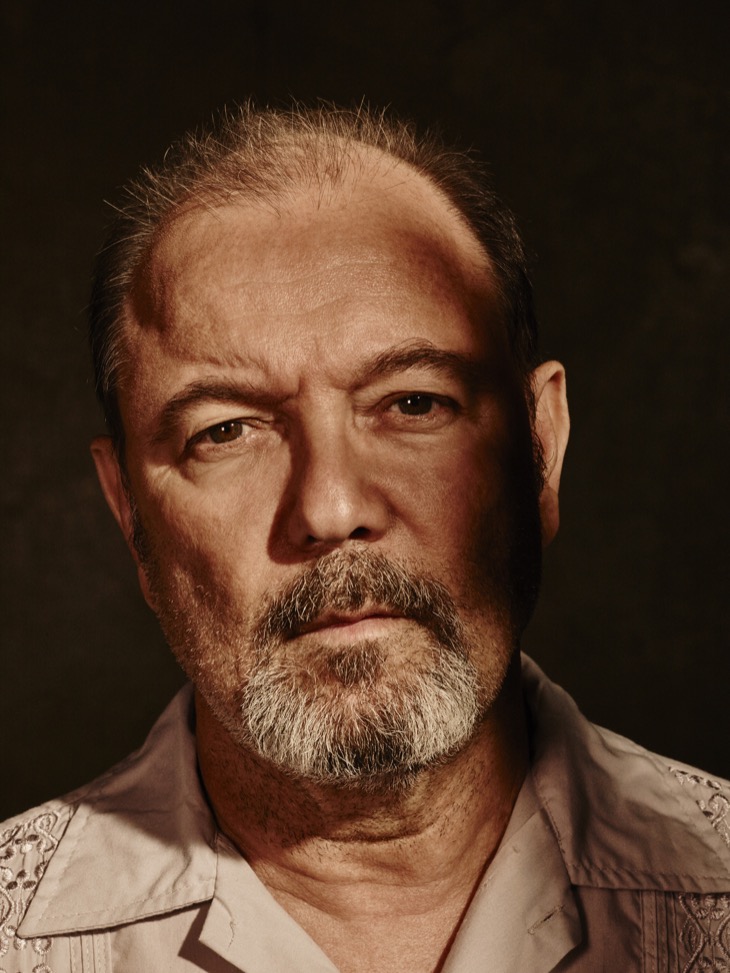 At the Season 2 midseason break, ‘Fear The Walking Dead’ left many fans trying to determine what the outcome of Daniel Salazar (Ruben Blades) would be. Daniel was having a hard time accepting the death of his wife, Griselda Salazar (Patricia Reyes Spindola) causing him to see images of her, visualizing her speaking to him. There was also some tension between Daniel Salazar and his daughter, Ofelia Salazar (Mercedes Masohn) had developed when she realised her father had lied to her about his past, in an effort to protect her. The last episode of season 2 ended with Daniel releasing and torching the walkers that were being held in the cellars on the plantation. As the burning walkers are milling around, Daniel Salazar is seen standing in the midst of the flames about to be engulfed and swallowed by them.

There are several scenarios as to how that theme can be played out on ‘Fear The Walking Dead’. Daniel could not survive the flames and be burned to death. In a world where the dead don’t die, how could his daughter know for sure? Would fire be enough to kill a soul, so as not to return as a walker. What is the criteria for death? If Daniel were to become a walker, who would find him and deal with it. If Nick (Frank Dillane) were to find him, would he let him live as a zombie in the unknown? Which seems to be his thought process, that only their body is gone, the soul is still present. The zombie person has just moved on to another stage of life. There is another alternative to Daniel’s scene. What if at the last minute Daniel runs from the flames to fight and protect another day. Why does Daniel have to die?

Daniel plays a vital role in ‘Fear The Walking Dead’, he is a strong character who has proven that he will do whatever is necessary for the family and individuals that he loves. Moral ethics are not a priority when it comes to safety for everyone. Of the remaining characters that escaped from the plantation, Madison Clark (Kim Dickens), Alicia Clark (Alycia Debnam Carey), Ofelia (Mercedes Masohn) and Victor Strand (Colman Domingo) which of these characters has what is necessary to fulfill the responsibilities that Daniel carried?

What will happen to Daniel Salazar, will he return to the season 2B of ‘Fear The Walking Dead’? Will he die in the fire, possibly to become a walker himself? Will he escape the fire, and find safety with his group or another group of survivors? Let us know what you think in the comments below!

‘The Walking Dead’ News: Norman Reedus Reveals What Daryl Was Originally Supposed To Ride On TWD