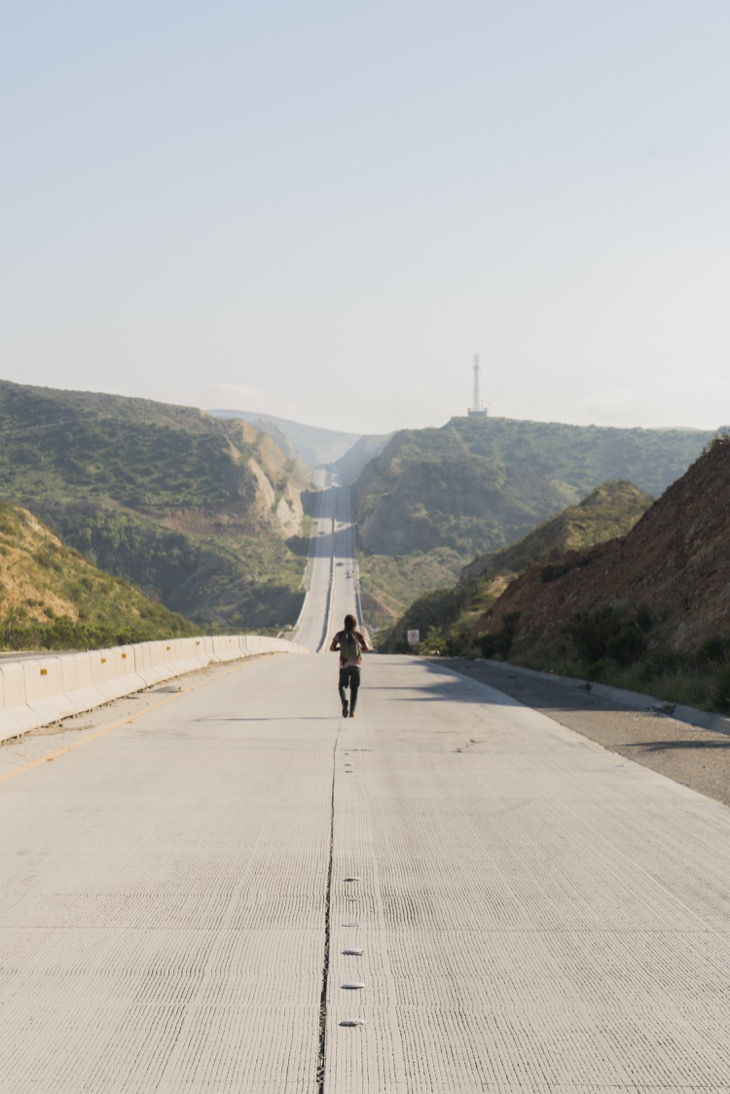 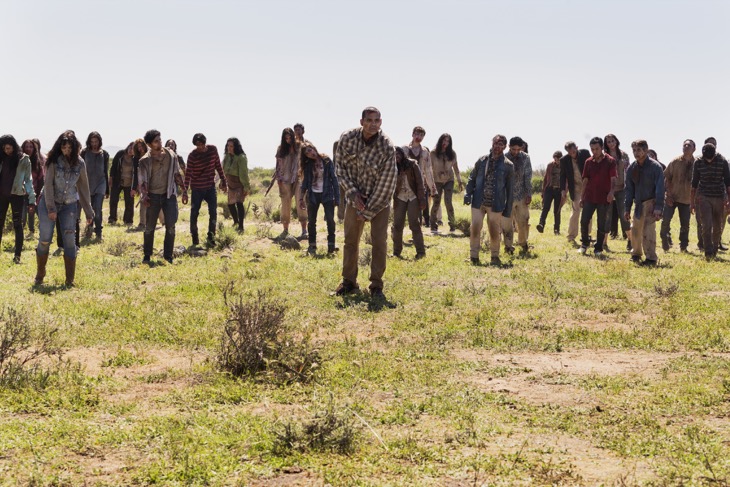 AMC released a preview photo for ‘FTWD’ season 2B – a peaceful road on which the group must travel is flooded with walkers. EW reveals that “the group will be fundamentally fractured in the aftermath of the May 23 mid-season finale ‘Shiva.’”

Showrunner Dave Erickson revealed a huge Fear the Walking Dead’ season 2B spoiler. “This is the first time, for all of them, where they have to survive on the land for a time and they have to figure out a way. That’s going to be a crucial step for Nick, especially, when we first return next season. We’re going to see each group, with one exception, struggling to find a place. There are going to be some close calls for everybody.”

What can ‘FTWD’ fans expect when season 2B premieres on August 21? Picking up where things left off, Nick [Frank Dillane] has broken off from the group and gone solo into the world of the undead. Travis [Cliff Curtis] and his son Chris [Lorenzo James Henrie] have split from the group also.

That leaves Madison [Kim Dickens], Alicia [Alycia Debnam-Carey], Ofelia [Mercedes Mason and Victor [Colman Domingo] on their own path. No one knows yet what has happened to Ofelia’s father Daniel [Ruben Blades].

With what appears to be three separate groups going into season 2B of ‘FTWD’ fans most likely will not see the questionable actions that left them frustrated during the first half of the mid-season replacement. These new groups of walkers will have been toughened up in a major way by life on the road.