‘The Young and the Restless’ Spoilers: Billy and Bella Get Acquainted – Chelsea Reflects on Delia – Jill Offers Victoria a Warning 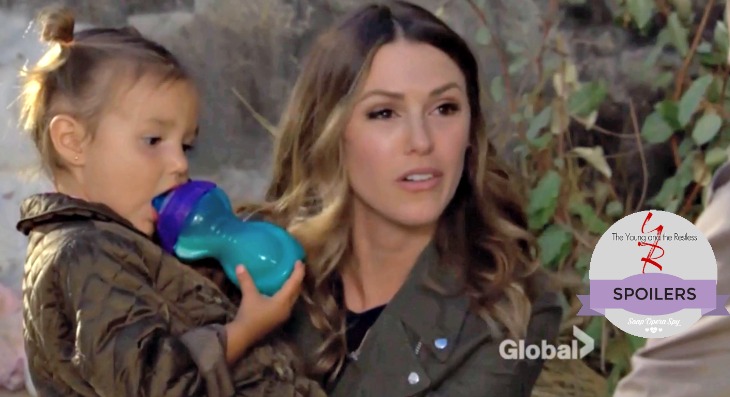 “The Young and the Restless” spoilers for Tuesday, October 11, tease that several Y&R characters will deal with painful memories. Chelsea (Melissa Claire Egan) will open up to Nick (Joshua Morrow) about what’s running through her mind. She’ll mention that she just can’t stop thinking about Delia (Sophie Pollono).

The anniversary of Delia’s death is approaching, which means things will be somber for her family and friends. Chelsea might mull over everything that happened after the night of the accident. Adam (Justin Hartley) would probably be alive today if he hadn’t hit Delia by mistake. It was a tragedy that lead Adam down a terrible path.

Perhaps Chelsea will imagine how different all of their lives would be if Delia had survived. She passed away far before her time. Adam would’ve traded places with Delia in a heartbeat if that had been an option. Unfortunately, both of them are gone now.

Chelsea wishes that Delia and Adam were still around to bring joy to their loved ones. Nick might bring up Cassie (Camryn Grimes) and Christian during their conversation. There’s been a lot of loss in Genoa City over the years. They’ve all dealt with plenty of sorrow, but they can only look to the future.

Of course, more drama is always ahead on “The Young and the Restless.” Billy (Jason Thompson) could be in for a big surprise down the road. Y&R rumors hint that Billy may be the father of Chloe’s (Elizabeth Hendrickson) second child, but it could be a while before we know for sure.

Nevertheless, Billy will have a chance to meet his potential daughter on Tuesday. Chloe will introduce Bella (Cali May Kinder) to Billy and gush over how lucky she is to have her. She’ll note that she was given two miracles and she’ll be eternally grateful for that.

Other “Young and the Restless” spoilers say Jill (Jess Walton) will have a tense chat with Victoria (Amelia Heinle). After the recent conflict, Victoria is ready for a break from Billy. However, Jill won’t think that’s a good idea. She won’t know what will happen if Billy feels like he’s alone right now.

Billy has been struggling lately and the grim reminder of Delia’s passing will only add to his heartache. Will Victoria reach out during this difficult time? We’ll give you updates as other news comes in. Stay tuned and don’t forget to check Soap Opera Spy often for the latest “The Young and the Restless” spoilers, rumors, updates and news.

‘The Bold and the Beautiful’ Spoilers: Wyatt Feels Torn Between Helping Steffy or Quinn, Secret at Risk – Ivy Pushes Liam to Move On