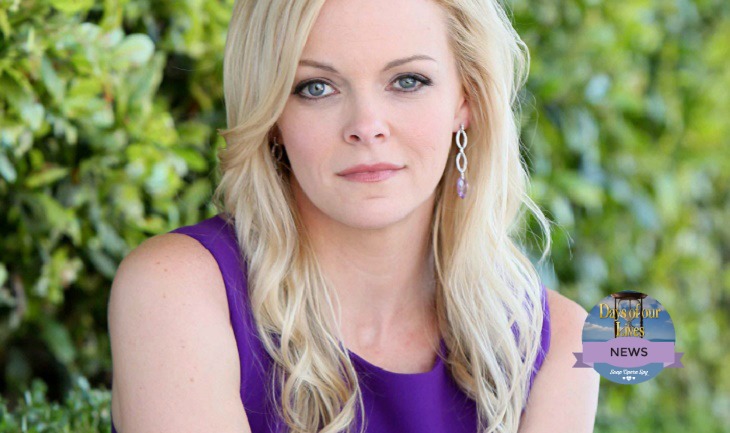 ‘Days of Our Lives’ spoilers indicate that Martha Madison will soon exit her role as Belle Black. The four from the previously reported bloodbath at the daytime drama have already begun their exits with Sal Stowers [Lani Pryce] exiting earlier this month. Now Madison confirms on Twitter that her final episode is coming in September.

A curious fan took to twitter to ask Madison “@Marth27 when’s your final air date on days?” and to which she replied “Early September.” So Belle Black will be leaving the Salem canvas in the coming months, but how?

Stowers’ character was written out just like that, there was no goodbye or anything for her. Will a similar thing happen for Madison’s character? When their exits were first announced fans thought Shawn and Belle would leave Salem together, but one will be staying behind. Since Brandon Beemer [Shawn-Douglas Brady] is not leaving the same time as Madison, how does her character exit?

Related: ‘DOOL’ Ratings Continue To Plummet – Some Fans Unimpressed With Current Storylines, What Needs To Change?

Will Belle somehow leave Salem happily to pursue her job as a lawyer somewhere else? Will she leave to pursue a different job or some form of business leaving Shawn behind to go meet with her later on? Will she have any emotional goodbyes with her parents John [Drake Hogestyn] and Marlena [Deidre Hall]? The greatest question is if Shawn and Belle would still be together at the time of her final air date.

So Days fans are you still saddened by Madison’s upcoming exit? How would you like to see her leave Salem?  Let us know what you think in the comments below and don’t forget to check Soap Opera Spy daily for all of your ‘Days Of Our Lives’ spoilers and news.