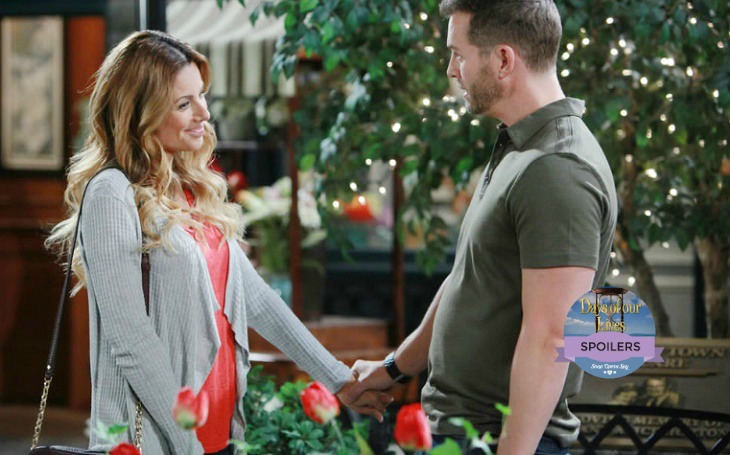 “Days of Our Lives” spoilers for Tuesday, June 28, tease that Blanca (Ximena Duque) will feel like Rafe (Galen Gering) needs to give up on Hope (Kristian Alfonso). She’ll believe that Rafe could be stuck pining indefinitely. Hope decided to move on with Aiden (Daniel Cosgrove) and Blanca will urge Rafe to move on as well.

Rafe will probably suggest that he’s already let go, but we all know that’s not true. He vowed to watch out for Hope and he intends to keep that promise. It doesn’t matter if they’re a couple or not. Rafe is Hope’s friend and he’s worried Aiden could hurt her. DOOL spoilers indicate that Rafe won’t stop until he proves Aiden is shady. He has to help Hope see the light.

Related: ‘DOOL’ Ratings Continue To Plummet – Some Fans Unimpressed With Current Storylines, What Needs To Change?

“Days” rumors hint that Hope may have a hidden agenda when it comes to being with Aiden, but we’ll just have to see what unfolds. In the meantime, Aiden and Hope will try to enjoy their romantic getaway. They’re visiting the Green Mountain Lodge, but it looks like their efforts to reconnect won’t really pan out.

Aiden will turn on the charm as he tries to help Hope recall the love they used to share. Unfortunately, “Days of Our Lives” spoilers say Hope will be haunted by memories of her wedding night. Even though Aiden wasn’t the one who tried to strangle her, it still looked like him. As they begin to make love, Hope won’t be able to push past her fear. She’ll let Aiden know that she needs more time.

Nevertheless, Aiden won’t lose hope for a future with his love. He’ll insist that he’ll wait as long as it takes. Later this week, DOOL viewers will see Hope and Aiden continue to bond. If Aiden can’t have a physical connection, he’ll certainly settle for an emotional one. Aiden will feel like it’s a step in the right direction.

Other “Days of Our Lives” spoilers reveal that Summer (Marie Wilson) will freak out over Janet’s (Alla Korat) recent arrival. Janet is Clark’s (Josh Burrow) sister and she’s determined to find out what happened to him. Summer will give Dario (Jordi Vilasuso) updates on Janet’s visit as her anxiety level goes through the roof.

Brady (Eric Martsolf) will soon learn Summer may have been involved in Clark’s sudden disappearance. He’ll confront her about it and Summer will decide to come clean. Brady won’t be pleased by the news that Summer kept his money and covered up Clark’s death. Stay tuned to watch Brady blast Summer for her deception.

So “Days” fans, what do you think about Blanca’s insistence that Rafe should move on? Will Rafe succeed in bringing Aiden down? Are you glad Summer won’t get away with the cover-up? Voice your opinion in the comments below and don’t forget to check Soap Opera Spy often for the latest “Days of Our Lives” spoilers, rumors, updates and news.