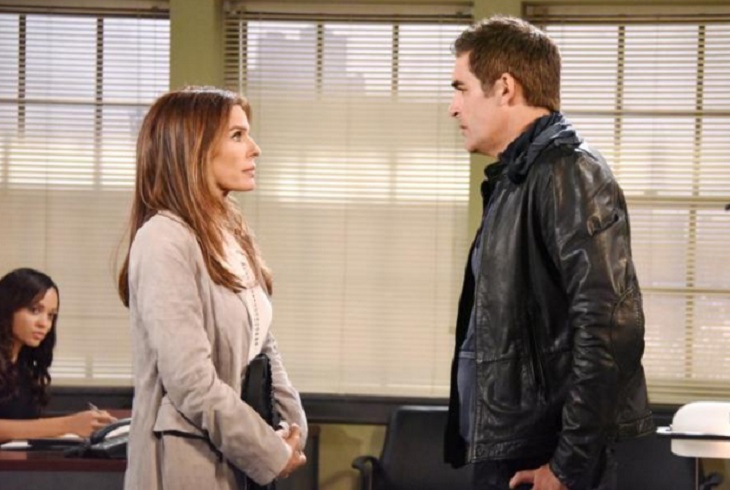 ‘Days of Our Lives’ star Galen Gering shared some ‘DOOL’ spoilers about upcoming scenes between him and his ardent partner Kristian Alfonso, in this week’s edition of Soap Opera Digest Magazine. Gering revealed some interesting tidbits would be happening this week, Rafe tells Hope he loves her!

According to Gering, the scenes this week takes a major romantic turn for the two characters. Rafe will take a big step as he kisses Hope and then in the warm moment shares his love for her. Apparently the kiss they share is mutual and Hope will not try to resist it. Rafe and Hope have been friends for quite a while, being co-workers at the Salem PD and developing an interesting partnership and friendship.

Gering highlighted Rafe totally cares for Hope and on several levels he is really attracted to her. He shares that there has been some sexual tension between the two. Though the feelings were there, their focus was caught up with other things. With Bo (Peter Reckell) dying and Hope killing Stefano (Joseph Mascolo), plus the complicated cover-up, they had other things on their minds.

Gering shared he was actually worried about the show heading in this direction at first, due to the long romantic endeavors between Bo and Hope Brady. And then with the show pairing Aiden (Daniel Cosgrove) and Hope, things were a bit ‘dicey’ for him according to Gering. He in closing shared how interesting it will be to see where the writers take the story from there. He shares “time will tell”, if there is an opportunity for this relationship to develop.

So Days fans are you happy Rafe tells Hope he loves her? Do you want to see a long and lasting relationship between Rafe and Hope?