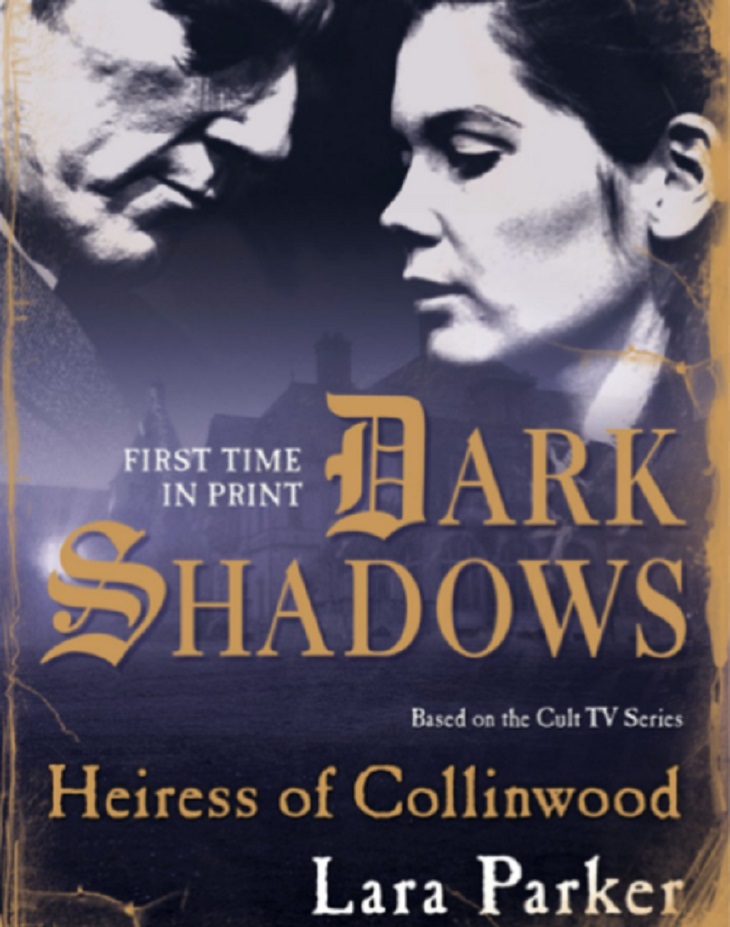 ‘The Dark Shadows’ story continues with a new book written by Lara Parker on the gothic soap opera. ‘Dark Shadows: Heiress of Collinwood’ is now available for pre-order on Amazon. The book is available in Kindle or paperback format and will be released on November 8, 2016.

Lara starred as Angelique on the cult soap opera from 1967 until 1971. The actress and author has penned three previous novels that were based on ‘Dark Shadows’ that introduce fans to Angelique’s childhood, explain how she became a witch and her subsequent love affair and love/hate relationship with vampire Barnabas Collins [Jonathan Frid].

The new novel, ‘Dark Shadows: Heiress of Collinwood,’ begins, “My name is Victoria Winters, and my journey continues.” Victoria was once the Governess at Collinwood and the secrets, rivalries, evil forces and the haunted history of the Collins family caught up with Victoria and cast her adrift, trapped between life and death.

Victoria, an orphan with no knowledge of her past, has finally returned to the present and has been
called back to Collinwood by a mysterious letter.

Upon Victoria’s return to the Collins mansion the former governess finds the entire Collins family has gone missing – except for Barnabas Collins. Victoria has been named the sole heir to the family fortune, but she must prove her own identity.

Despite dire warnings and danger Victoria sets out on a path to find what happened to the Collins family. At the end Victoria will uncover a shocking truth that has long been hidden in the shadows.

The series of novels written by Lara Parker begins with ‘Dark Shadows: Angelique’s Descent’ which tells the story of Angelique’s childhood, raised surrounded by the black art of voodoo witchcraft.

The second book in the series, ‘Dark Shadows: The Salem Branch’ picks up as Barnabas is ready to begin a new life and marry his savior, the virtuous Dr. Julia Hoffman. But Antoinette arrives and she bears a shocking resemblance to Angelique and brings Barnabas’s past back to haunt him.

The third novel in the series, ‘Dark Shadows: Wolf Mood Rising’ brings Angelique back but this time Jacqueline, a young girl who resides at Old House. David Collins, heir to the Collins fortune, and Jacqueline fall in love and are swept back in time to the 1920s where David uncovers many dark secrets in the Collins family history.

‘The Young And The Restless’ Spoilers: Chloe Blackmails Victor Newman – Will She Send Adam’s Dad Back To Prison?