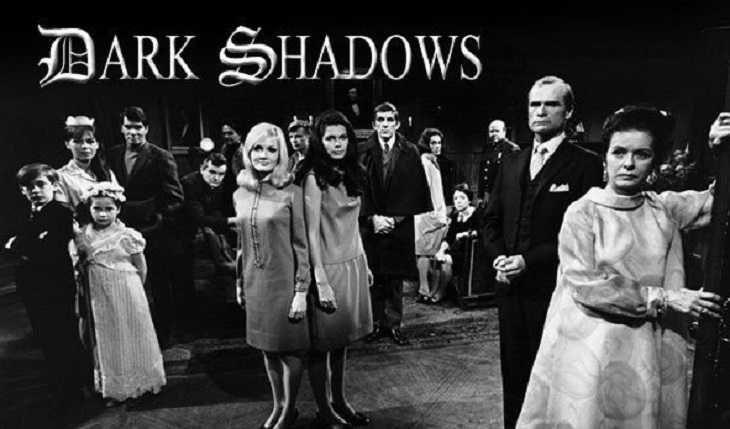 It was June 27, 1966 when the ‘Dark Shadows’ premiered on ABC. At 4:00 p.m. ET. 50 years ago viewers got their first look at the gothic soap opera which followed ‘General Hospital’ in the afternoon line up of daytime dramas.

The daytime drama was the brainchild of Dan Curtis and it was born from his dream of a mysterious young woman who was on a train. Art Wallace was hired by ABC to write a story from Curtis’ dream. The soap opera started out with the name ‘Shadows of the Wall.’ The show revolved around the wealthy Collins family from Collinsport, Maine who were tormented by strange occurrences.

Not only did ‘Dark Shadows’ feature a vampire, the storylines also included ghosts, werewolves, zombies, witches and warlocks. Time travel and a parallel universe were also included in the story of ‘Dark Shadows.’ The cast of the gothic daytime drama were required to play many roles.

What made ‘Dark Shadows’ stand out from other soap operas was its vivid and melodramatic performances, dark and gothic storylines, dramatic plot twists, the dramatic music and the broad range of characters as well as unique and heroic adventures.

In 2012 ‘Dark Shadows’ was made into a feature film starring Johnny Depp as Barnabas Collins, Michelle Pfeiffer as Elizabeth Collins Stoddard and Helena Bonham Carter as Dr. Julia Hoffman.

‘The Bold And The Beautiful’ News: Jacob Young Shows Off His Country Music Skills In Amazing New Video

‘Days Of Our Lives’ News: ‘DOOL’ Ratings Continue To Plummet – Some Fans Unimpressed With Current Storylines, What Needs To Change?