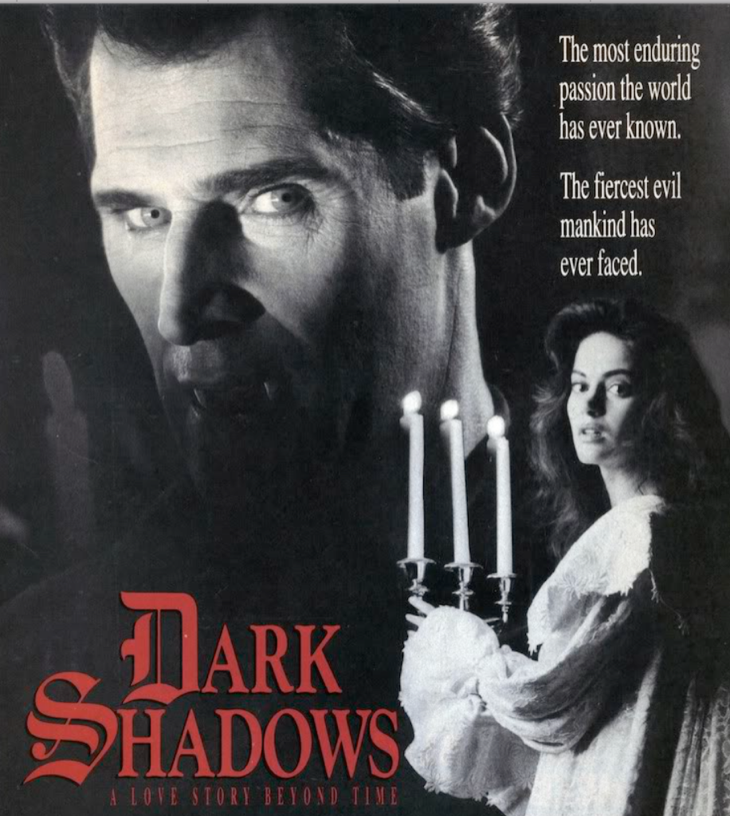 Fans of ‘Dark Shadows’ have very strong opinions about the 1991 television drama based on the original gothic soap opera that was carried on ABC from 1966 until 1971. Do they think the primetime show did the daytime drama justice?

The drama also took Victoria back in time to 1790 where she witnessed the still human Barnabas’s transformation into a vampire.

NBC then-head of programming began the campaign to bring ‘Dark Shadows: The Revival’ to television in 1987. Creator Dan Curtis finally gave in and the primetime ‘DS’ premiered on January 13 and January 14, 1991, as a four-hour miniseries.

After the debut, the show moved into its regular Friday night time slot on NBC. The primetime show was a success at first, but it never really found its audience. After only 12 episodes NBC cancelled the drama. Ratings for the last episode which aired on March 22, 1991, ranked the drama at 64 out of 83 shows.

Fans of the original ‘Dark Shadows’ which starred Jonathan Frid as Barnabas Collins, Alexandra Isles as Victoria Winters and Grayson Hall as Dr. Julia Hoffman, are essentially split in their opinions of the daytime versus primetime versions.

Those who enjoyed ‘Dark Shadows: The Revival’ ‘DS’ fans picketed the NBC’s headquarters in both New York and Los Angeles and sent over 7,000 letters protesting the gothic primetime drama’s cancellation.

Across many Facebook groups for ‘Dark Shadows’ fans blame the poor ratings of the nighttime drama mainly on the fact that NBC focused too much on the horror and vampire themes rather than the romantic fantasy aspect.