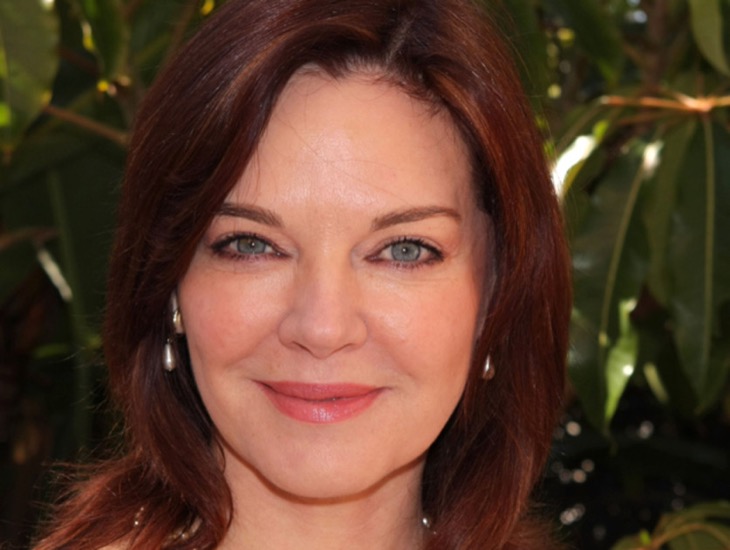 ‘General Hospital’ (GH) actress Robin Riker who joined the ABC sudser back on June 3 as Naomi Dreyfus is reportedly off at GH. In recent scenes, the character was arrested by Feds while she visited her daughter, Hayden Barnes [Rebecca Budig] in jail. The news was first reported by Soaps.com who shares that Riker’s last scenes aired this week.

Riker has been a very good addition to the daytime soap opera. Earlier this year the show sent out a casting call for someone to fill the role of Hayden’s mother. Riker was the successful candidate who got the role and made her debut on June 3. Her most prominent storyline was withholding the truth from her daughter that Jeff Webber is really her father and Elizabeth [Rebecca Herbst] her sister.

Riker was hired on a recurring basis and we know how recurring roles operate on daytime soap operas. Though she may have taken away by the feds and it’s her last scene, for now, she could make more appearances in the near future. Given that there is still more explaining to do about her affair with Jeff Webber and the result being her daughter Hayden, We could see Riker back at the ABC soap opera at anytime.

She is also known for other daytime roles she’s a very successful and well-loved daytime actress. She spent a couple years on ‘The Bold and the Beautiful’ playing the role of Beth Logan from 2008 – 2010 and appeared in approximately 54 episodes. She also had a very brief stint on ‘Days of Our lives’ in 2000 where she played the role of Maureen Lockhart.

So what do you think ‘GH’ fans? Do you think Naomi Dreyfus will be seen in Port Charles? Would you like her to be a permanent fixture on the canvas?

‘Once Upon A Time’ Spoilers Season 6: Emma, Hook, Snow And Charming – Secrets And Danger Lurk In Storybrooke – ‘OUAT’ Returns September 25