As The World TurnsOne Life To Live 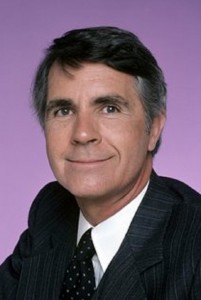 Some sad news for fans of ‘One Life to Live,’ soap opera legend James Noble has died after suffering a stroke. Noble was 94 when he passed away at Norwalk Hospital Monday March 28. A family spokesman confirmed the news of Noble’s death.

Related: ‘The Young And The Restless’ News: Ken Howard’s Death an Incredible Loss for SAG-Aftra: Union President Dead at 71

The soap opera community has lost a wonderful star. His daughter, Jessica Katherine Noble Cowan is his only remaining immediate family member. Jon’s wife, Carolyn Coates, passed away in 2005. Last week, Noble suffered a stroke and, sadly, was not able to recover.

James Noble is best remembered by the soap opera community for his roles as Donald ‘Don’ Hughes on ‘As the World Turns,’ Reverend Harris on ‘Another World,’ and Dr. Morris on ‘One Life to Live.’ His resume is packed with TV shorts, sitcoms, and several series that enjoyed syndication on Nick at Night and TV Land such as ‘Benson’ and ‘Soap.’ Noble is commonly associated with his role on ‘Benson‘ as Governor Eugene Gatling, which ran for 7 seasons on ABC.

Noble is also no stranger to Broadway. After joining the Navy during World War II, James returned from the fight to study acting under Lee Strasberg at the Actors Studio in New York. From there, he made his stage debut in 1949 during the comedy ‘The Velvet Glove’ and even starred in musicals like ‘1776.’

Do any ‘One Life to Live’ fans, ‘Another World’ fans, or ‘As the World Turns’ fans have a favorite memory of the late James Noble? Please share your memories of the soap opera star in the comment section below. Our deepest condolences to the family and friends of soap opera legend James Noble.

The Young and The Restless Spoilers: Demi Lovato’s ex Max Ehrich Claims Her…