‘The Young And The Restless’ News: Ken Howard’s Death an Incredible Loss for SAG-Aftra: Union President Dead at 71 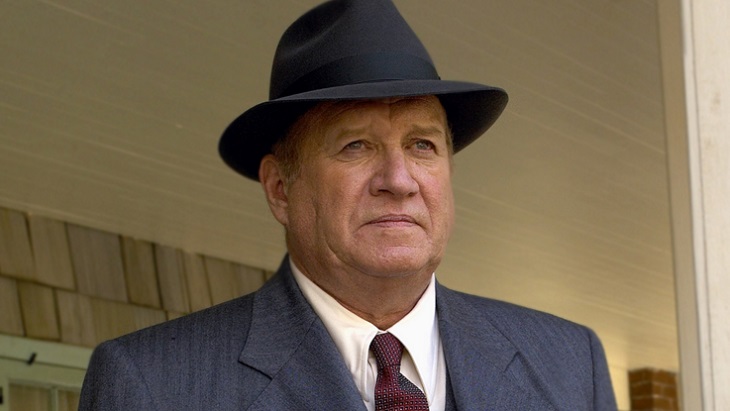 ‘The Young And The Restless’ alum Ken Howard’s death is an “incredible loss” for SAG-Aftra. The Union President is dead at 71. Pamela Greenwalt, a spokeswoman for the union, confirmed the news of Howard’s passing. Very little information about Ken’s death has been shared. Several media outlets claim Howard died at his home near Los Angeles, but no official confirmation or cause of death was provided.  ‘Y&R‘ fans will remember Howard as George Summers, Phyllis and Avery’s father – he appeared on the CBS soap opera in 2012.

Related: 43rd Annual Daytime Emmy Awards Final Nominees To Be Announced On ‘The Talk’ On CBS

“Ken was an inspirational leader, and it is an incredible loss for SAG-AFTRA, for his family and for everyone who knew him,” acting president Gabrielle Carteris confirmed on Wednesday. “He was a light that never dimmed and was completely devoted to the membership. He led us through tumultuous times and set our union on a steady course of excellence. We will be forever in his debt.“

Howard was diagnosed with prostate cancer in 2007 and battled rumors of a “grave illness” in late January, but his rep blasted the reports. Greenwalt explained that Ken was merely receiving treatment for shingles.

Whatever the reason, Hollywood is mourning the loss of an influential and hard-working Hollywood star. You might recognize Ken from ‘Melrose Place,’ ‘Crossing Jordan,’ or, more recently, ‘30 Rock’ as Hank Hooper. Howard also has an Emmy and a Tony Award for his acting abilities which spanned over 100 movies and television shows.

Related: ‘Days of Our Lives’ News: Frances Reid Remembered on Anniversary of Death – Portrayed Alice Horton On ‘DOOL’ for 43 Years

Beyond appearing onscreen, Ken Howard was also working tirelessly off-screen. He was serving his second term as SAG-Aftra Union President. Ken aided in forming the union by combining the Screen Actors Guild and the American Federation of Television and Radio Artists, which heightened actors’ bargaining power with studios and networks.

SAG-AFTRA’S national executive director David White made a statement to the L.A. Time honoring the late Union President saying, “Ken was a remarkable leader, and his powerful vision for this union was a source of inspiration for all of us. He was an exceptional person, and we are deeply saddened by his passing. He had a remarkable career and he never forgot what it was like to be a working performer.“

Our deepest condolences to the family and friends for such an incredible loss.