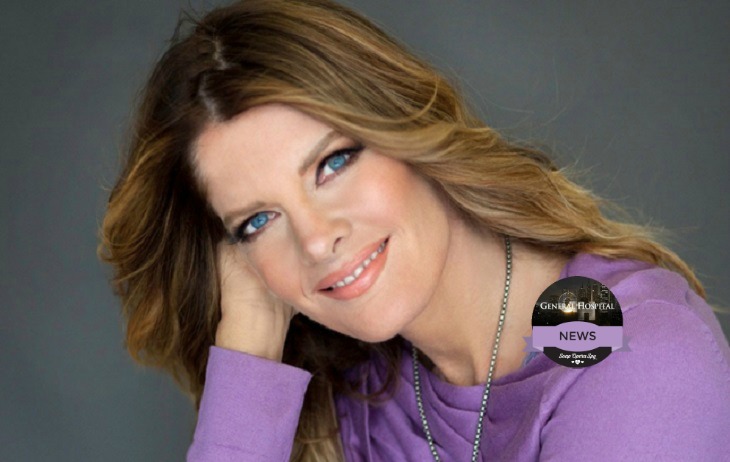 ‘General Hospital’ actress Stafford [Nina Reeves] paid tribute to Garry Shandling following the comedian’s death at 66 from a massive heart attack. Michelle shared a photo from a luau she attended with Garry many years ago.

Garry died on Thursday, March 24 at Los Angeles area hospital. A 911 call brought medical personnel to the ‘The Larry Sanders Show’ star’s home. Garry died at the hospital after becoming unresponsive in the ambulance.

The photo Michelle Stafford shared is not dated but it looks as if it may be from about 20 to 25 years ago. Michelle is standing on one side of Garry and a blonde woman is standing on his other side. Michelle did not indicate in her post the name of the blonde female.

A smiling Garry is wearing a lei in the snapshot which Michelle captioned, “And we were able to drag this [Garry] to a Luau… He sat cross-legged on the floor like the rest of us… Made everyone laugh all night. I mean the celebration of a pig… It was great fodder. Ahhh… This brilliant man. I was lucky to know him. I just wanted to be around him. To be such a genius… It’s rare. You beautiful lovely honest spiritual man. Go enjoy your next journey. You’ll always be spectacular to me #ripgarry.” The photo can be found on Michelle’s Instagram.

The death of Garry Shandling was a surprise to many though a few people say that the award-winning actor and comedian showed signs of distress the day before he died.

“GH” star Michelle Stafford and the rest of the world have lost a great man. A void has been left in the world of entertainment. Garry will be missed not just by Michelle and all of Garry’s friends and family, but also by his fans as well.