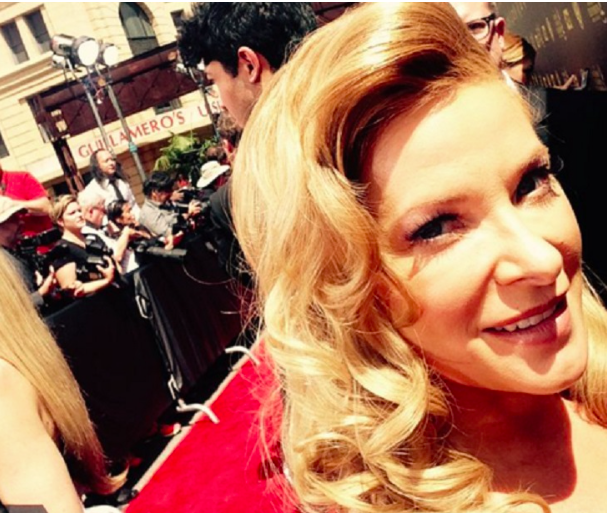 Could Cady McClain win a Daytime Emmy Award for her portrayal of Kelly Andrews?  When “The Young And The Restless” spoilers revealed earlier this year that Cady McClain was out at CBS soap and her character Kelly Andrew was exiting – a lot of “Y&R” fans were upset by the news.  It had taken a while, but fans of the CBS soap had finally warmed up to the controversial character – only to have the iconic actress then axed.

Cady McClain took to Twitter on Sunday November 8th and announced to her fans that TPTB at “The Young And The Restless” had called her and asked her to submit her scenes for the 2016 Daytime Emmy Awards.  Cady shared a beautiful photo of herself at this year’s Emmy Awards on the red carpet and captioned it, “YR called and asked me to submit my scenes for the Emmys again this year.  What should I send in?”

“The Young And The Restless” cast and crew tends to clean house at the Daytime Emmy Awards – so whatever category Cady is entered in to, she has a decent chance of winning.  And, her character Kelly Andrews had some very intense scenes in the beginning of 2015 when she began stalking Jack Abbott and kidnapped him, so she has plenty of footage to choose from when she is submitting her work.

What do you guys think?  Could Cady McClain take home an award at the 2016 Daytime Emmy Awards?  What scenes should she submit for consideration?  Share your thoughts in the comments below!