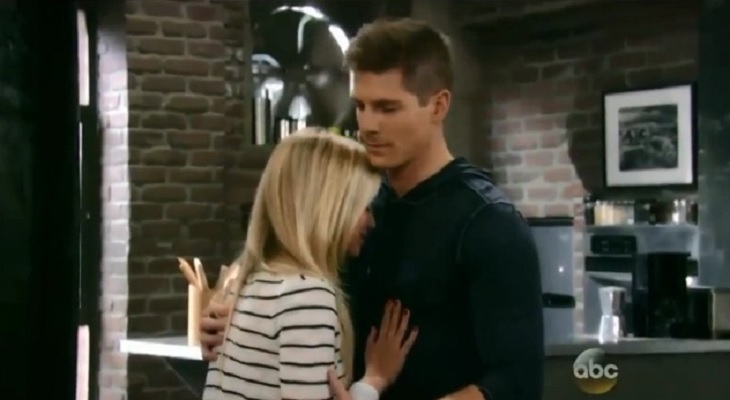 Lulu is furious with Dillon for the part he played in exposing Dante and Valerie’s affair. Lulu will push him away and tell Dillon to stay away! It doesn’t matter that Dillon is feeling guilty about the part he played in revealing that Dante and Valerie slept together, Lulu wants nothing to do with him. Dillon has lost Lulu as a friend and there is no hope that he’ll ever be able to win over heart. And everywhere Lulu turns she feels betrayed.

“GH” fans can expect Dillon to try to convince Lulu that Dante doesn’t deserve her and that Lulu should be with leave Dante for him. Spoilers in the most recent edition of Soaps In Depth indicate that Lulu still loves Dante despite the fact that he slept with her cousin – and lied about it for months. When Dillon realizes this he’ll be the one who is devastated. Any hopes Dillon had of Lulu returning his feelings have gone out the window.

Lulu is appreciative on some level that Dillon cared enough about her to expose Dante and Valerie’s affair and their lies. But that really doesn’t change anything – she may love the fact that he cares enough about her to do what he did – but Lulu is still upset with Dillon and heartbroken by Dante’s betrayal. And Lulu hasn’t even begun to release her wrath upon her cousin Valerie.

Will Dante and Lulu be able to repair their marriage? Do they love each other enough to work through this horrible time in their life? Before this sordid affair was exposed the couple was planning on having another baby. Is that now on hold? And “GH” fans wonder what will happen between Lulu and Valerie – should Val just pack her bags and leave Port Charles now?

Get ready for an interesting week on “General Hospital.” Even though it appears as if Dillon Quartermaine will never be with Lulu Falconeri there are a few surprises in store. Lulu may decide to do something completely crazy. And whatever it is Lulu does will reportedly make this “whole mess a lot more complicated.”

Do you want to see Lulu with Dante Falconeri or with Dillon Quartermaine? What do you think Lulu is going to do that is so crazy it will make everything even more complicated than it already is? Let us know what you think in the comments section below. And don’t forget to come back to Soap Opera Spy for all your “General Hospital” spoilers, updates, news, rumors and gossip!