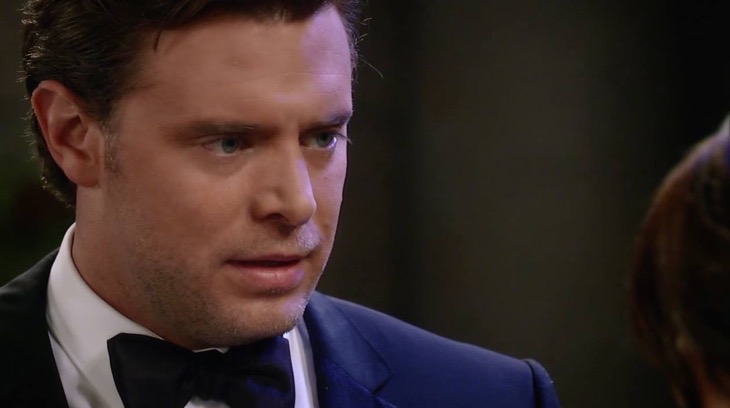 The custody case and wedding mess spill over onto Tuesday’s show – these ‘General Hospital’ spoilers will get you ready for the November 10th episode.

Sure it looked bad when Kiki Jerome [Hayley Erin] showed up to court to testify not for her mom Ava Jerome [Maura West] but for Sonny Corinthos [Maurice Benard]. But one thing we know about Ava is not to corner her – that’s when she’s most dangerous. Ava will provoke Sonny into threatening to murder her just as witnesses show up to hear on Tuesday’s show. Could this knock Sonny out of the running for custody if he’s arrested for threatening bodily harm to his baby mama?

Also, Scotty Baldwin [Kin Shriner] is not done yet – he always has more buttons to push. Plus, Carly Corinthos [Laura Wright] showing up will throw Sonny off of his game. Sonny will just be coming off of Ava taunting him about being a cripple when Carly shows up late babbling about Jake – that will set Sonny off because he’ll assume she chose her BFF over his custody hearing. Will Sonny zip it long enough to hear that Jason Morgan [Billy Miller] is alive and is the guy he knows as Jake?

Will Julian Jerome [William deVry] prove to be Ava’s best ally in the fight for her daughter? And while most fans seem to want Avery to go to Sonny, is this fair? Ava and Sonny are pretty much a match made in hell in terms of their moral worth – so why not hand them joint custody and call it quits on this ugly airing of all of their dirty laundry? That way we can get back to the really interesting stuff – the fallout from the Jake reveal!

Liz Webber [Rebecca Herbst] and Jason are at the bridge and Liz is 99% sure she’s about to get dumped now that he knows he’s married to Sam Morgan [Kelly Monaco]. But don’t count Jason out – the Jake that loves her is still in there, after all. Jason has to acknowledge the annoying fact that he’s married to a woman he can’t remember, but also cannot deny that he loves Liz, not Sam. Jason won’t dump Liz but will have to admit this mess needs to get sorted for he and Liz to have a chance.

Related: Could Alexis Lose Julian To His Baby-Mama Olivia While They Are Co-Parenting Leo?

Liz will get to see a bittersweet moment – is this little Jake Spencer [James Nigbor] telling his dad he knew that it was him? And how will it go when Jason has to tell all three of Liz’s sons that he didn’t marry their mom and that means he can’t adopt the two that thought they were dadless? Jason will be thrilled to bond with little Jake knowing that’s his bio kid but the boys will be crushed he didn’t marry their mom. This is going to put him further into a tailspin.

Hayden Barnes [Rebecca Budig] will drop some truth bombs on Nikolas Cassadine [Tyler Christopher] tomorrow that he will not like, but how much will she admit? When he demands her trust, will Hayden reveal she knows he tried to have her killed? Also having trust issues is Patrick Drake [Jason Thompson] who knows he’s about to get dumped. Patrick will be hurt but he’ll be doubly hurt on behalf of Emma Drake [Brooklyn Rae Silzer] who has lost another woman in her life.

Don’t miss a moment of GH then come back to Soap Opera Spy for more daily ‘General Hospital’ spoilers and more.