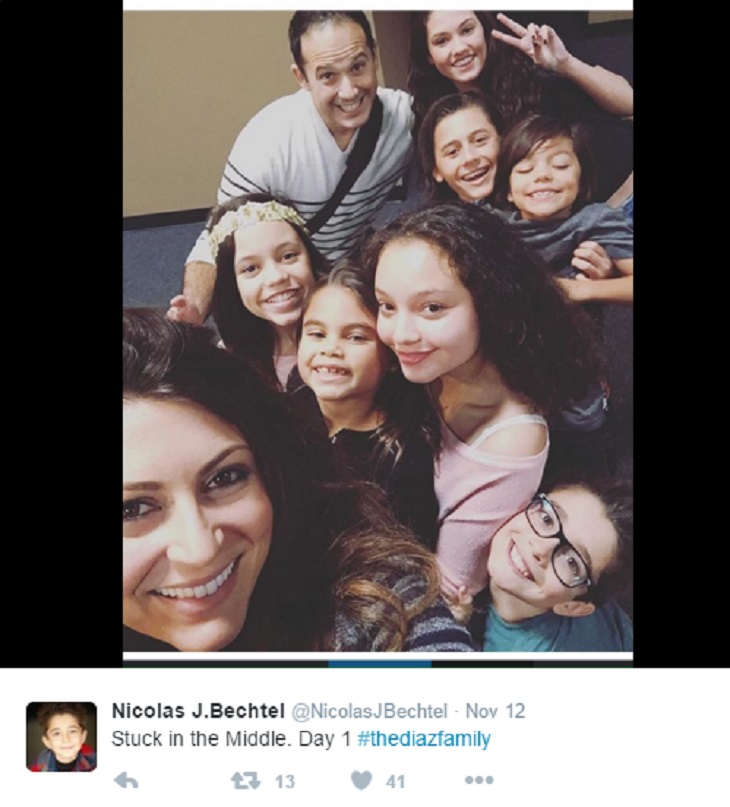 “General Hospital” Nicolas Bechtel [Spencer] will star on the Disney channel’s new pilot, “Stuck in the Middle.” The family comedy will air sometime in the Spring of 2016 although no official premiere date has been announced quite yet, according to Just Jared. The show is much different than the child star, Bechtel’s role on “General Hospital,” and his fans are anxiously awaiting the show’s debut to see the familiar face in the new show.

The show centers around Harley Diaz [Jenna Ortega] a child whiz that uses her brilliant inventions to navigate life as the middle child in a family with seven children. The show revolves around life in a super huge family, and shows that her being overlooked can be a blessing and well a disadvantage too. She will show the antics of her and her siblings as she copes with life in a large family.

The remaining cast members are Ronni Hawk as Rachel, Kayla Maisonet as Georgie Isaak Presley as Grant, Nicolas Bechtel as Danny, Malachi Barton as Beast, and Ariana Greenblatt as Daphne.  Nicolas took to Twitter and said, “Stuck in the Middle” day one #diazfamily.” He has not announced he will be leaving “General Hospital” so it looks like he will appear on both, at least for now. Bechtel has begun to film the Disney family television show, and it will air sometime in the middle of the Spring.

Soap Opera Spy would like to congratulate Nicolas Bechtel on his new show, and wish him much success on the Disney show and his role on “General Hospital.” Will you watch his new show, “Stuck in the Middle”?