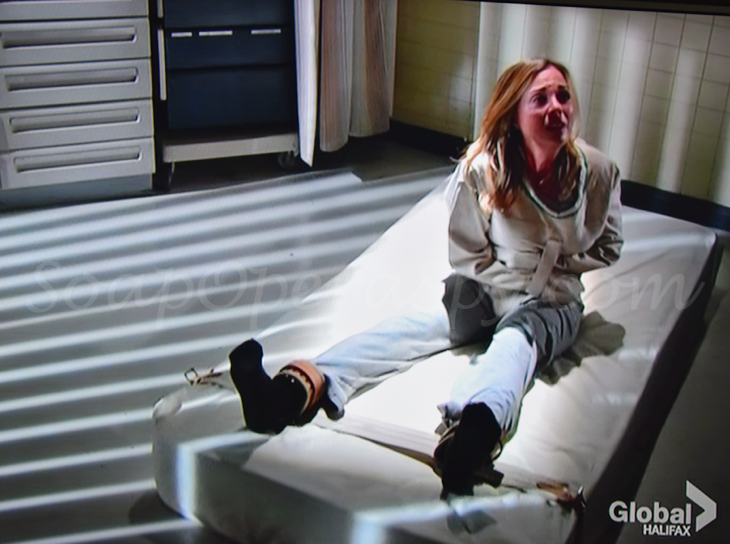 “The Young and the Restless” spoilers for Tuesday, November 17, tease that we’ll learn a few more details about Judge Elise Moxley’s (Jensen Buchanan) affair with Victor (Eric Braeden). Meanwhile, Stitch (Sean Carrigan) will try to stay the course with Abby (Melissa Ordway) in spite of his feelings for Ashley (Eileen Davidson). Elsewhere, Sage (Kelly Sullivan) will continue to bond with Adam (Justin Hartley) as her relationship with Nick (Joshua Morrow) falls apart. 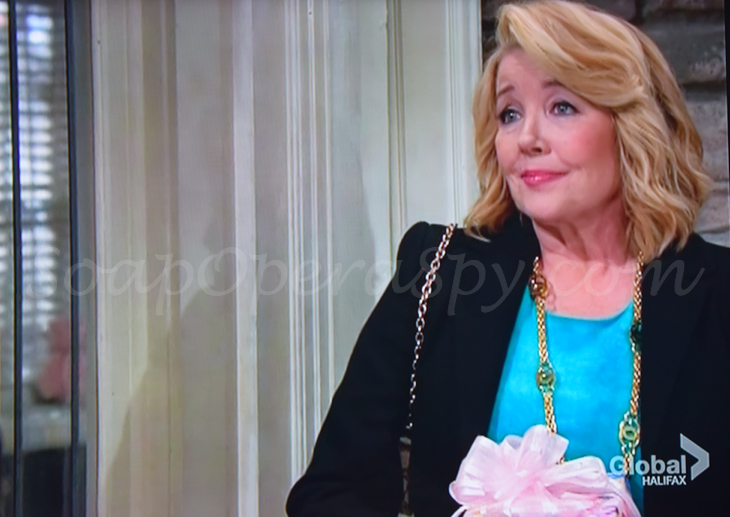 At the hospital, Elise suggests that she opened up to Victor and he knew exactly how to respond. Nikki (Melody Thomas Scott) asks if Victor seduced Elise. Talk turns to Victor’s current blackmail scheme. Elise says she won’t let Victor’s threat change her decision on the case. Nikki urges Elise to reconsider. If she doesn’t, Victor will ruin her whole life. As Elise exits, she tells Adam that he’s giving up his soul by making a deal with Victor. 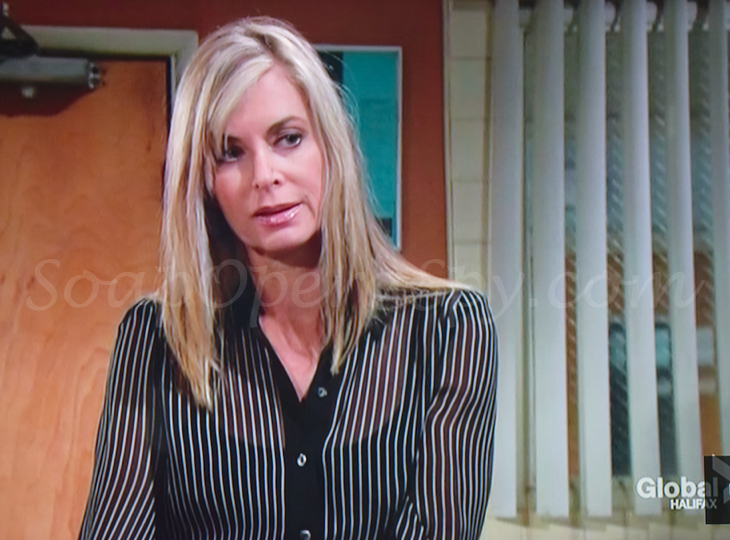 In Stitch’s room, Ashley insists he can’t wreck his relationship with Abby. Ashley leaves as Dylan (Steve Burton) walks in. Dylan asks what was going on and Stitch explains what happened while they were trapped in the fire. Stitch admits that he told Ashley he loved her. Dylan wonders if that’s true and hints that Stitch needs to figure out what he wants. Stitch declares that he’s going ahead with his marriage to Abby. Her dreams will come true. When Abby arrives, she gives Stitch updates on the party and starts talking about the great life they’re going to have together. 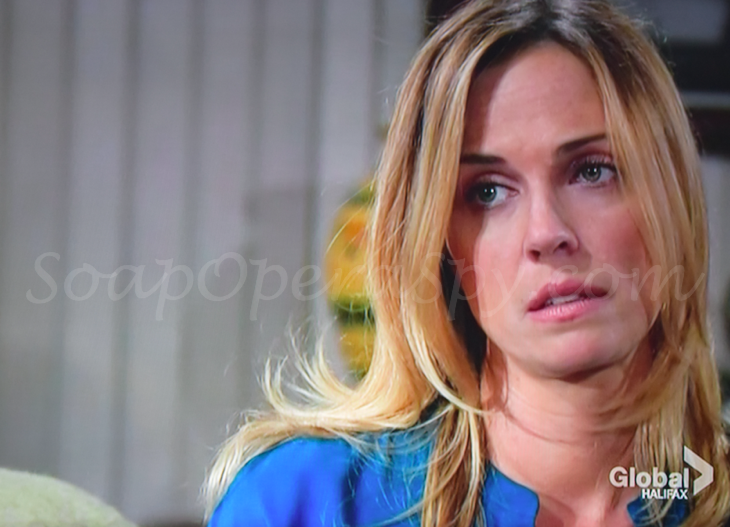 Sage has a nightmare about Christian and heads over to see Adam. They talk about his sentence. Sage says 10 years is a long time for Adam to be away from his family, but he’s sure he’ll be able to stay out of prison. Sage asks why Adam looks upset if that’s the case. Adam replies that his freedom came at a high price. Sage discusses her difficulty in opening up to Nick about her grief. Adam confesses that he has a hard time letting go of loss as well as revenge and love. Sage hints that they’re a lot alike. 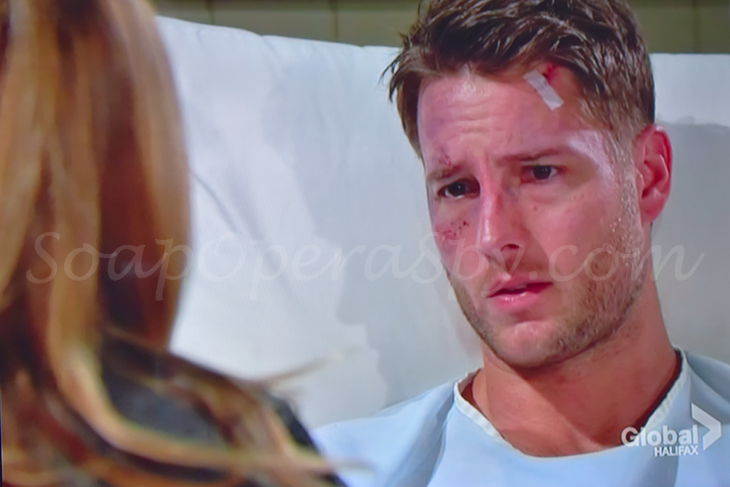 Sage tells Adam that he helped her get through the loss of Gabriel (Justin Hartley) and Constance (Sally Kellerman). Now Adam is helping Sage get through the loss of Christian. Chelsea (Melissa Claire Egan) shows up and asks if she’s interrupting something. Adam explains that they were talking about the difficulties that come with losing children. After Sage leaves, Chelsea suggests that there’s more going on with Sage. 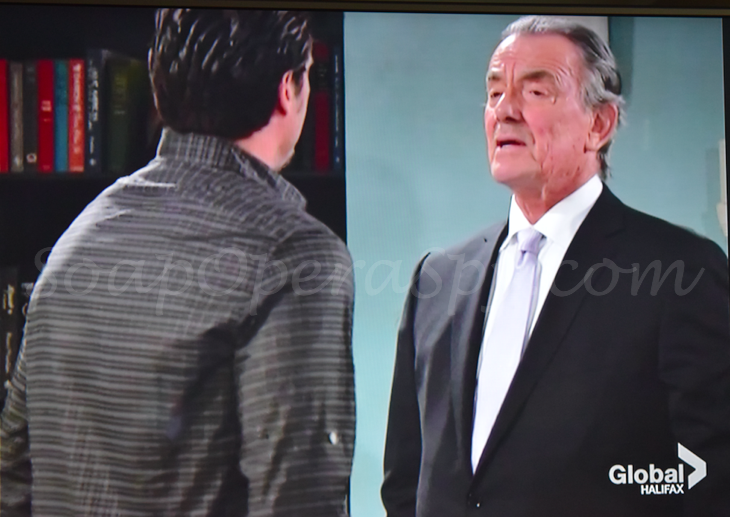 At Victoria’s (Amelia Heinle) house, Ashley learns that Victor accepted the offer of office space at Jabot. Billy (Burgess Jenkins) says it was his idea. Phyllis (Gina Tognoni) pipes up that they need to put the past behind them. Nick tells Nikki his troubles outside. Nikki listens as Nick talks about Sage pushing him away. They head inside and get the news about Victor’s deal with the Abbotts. Nikki makes a sarcastic comment about Victor doing whatever it takes for his family. Victoria indicates that she’s suspicious of what Billy and Phyllis might be up to. Billy assures Victoria that he just wants peace.

Later, Nikki leaves and Victor goes after her. They bicker about Victor’s affair with Elise. Victor insists he wasn’t with Nikki when it happened, but she still doesn’t think it was right. Victor counters that he helped Elise save her marriage when he emphasized the importance of family. Nikki brings up the blackmail, but Victor doesn’t think there’s anything wrong with using the affair to help Adam. Nikki gets frustrated at Victor’s typical way of thinking and storms off. 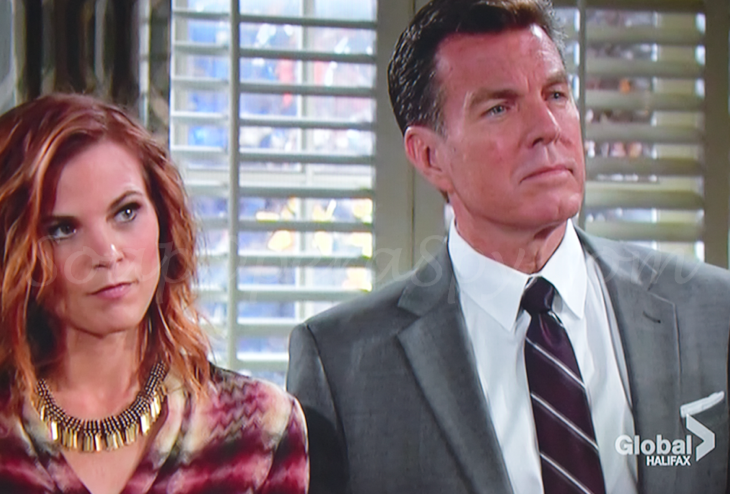 Other “Young and the Restless” spoilers reveal that Billy and Phyllis are about to stir up trouble. At Jabot, Ashley is concerned about Victor getting the office space. Ashley implies that she’ll be keeping an eye on him. That goes for Billy and Phyllis, too. Ashley also has a flashback to her time with Ben in the fire. Jack (Peter Bergman) wonders why Phyllis is letting go of her grudge against Victor. Phyllis says she’s just trying to make things right. 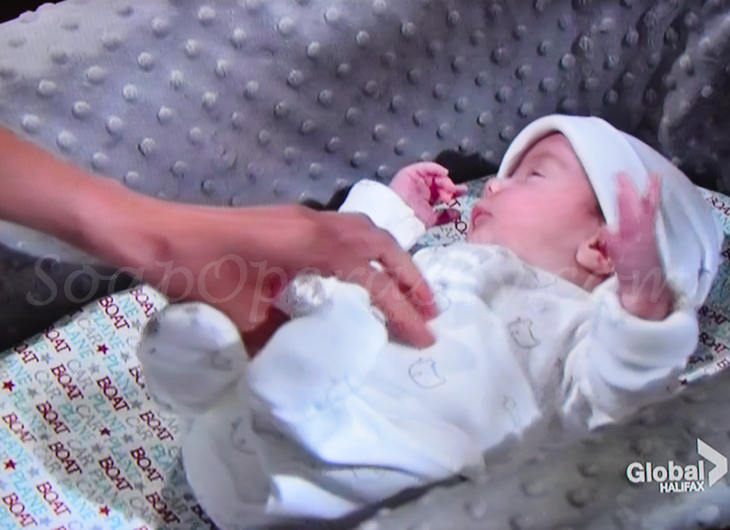 At Crimson Lights, a depressed Nick tells Dylan that he can’t go home. Dylan asks what he means and Nick tells him that he’s talking about Sage. Nick can’t be the one to save Sage from her heartbreak. Elsewhere, a nurse makes a phone call and indicates that she had no problems getting the baby out of the hospital. Christian is doing just fine in the incubator. Y&R rumors hint that Dr. Anderson (Elizabeth Bogush) will soon hand Christian over to Sharon (Sharon Case). This will surely cause chaos down the road. Stick with the CBS soap to see where things go from here.