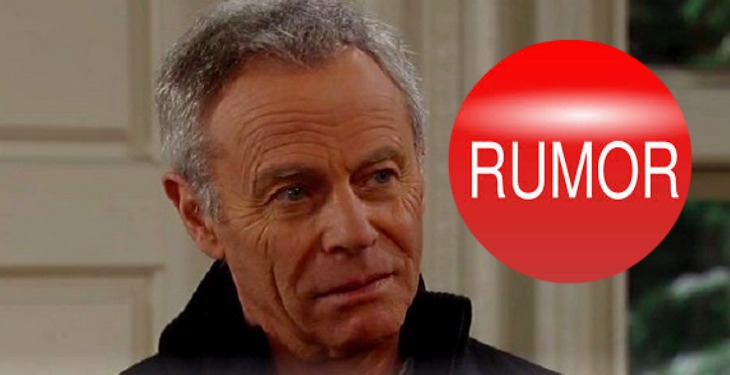 Exciting new ‘General Hospital’ spoilers reveal that Tristan Rogers is back for a run of 10 episodes as GH legacy character Robert Scorpio. But don’t fret if you’re also a fan of his work as Colin Atkinson on The Young and the Restless – he’s not gone for good from Genoa City – he’s just taking a little break. And what’s particularly thrilling about Robert’s return is that he’ll work with his on-screen ex Anna Devane [Finola Hughes] and daughter Robin Scorpio [Kelly McCullough].

Frank Valentini told Soap Opera Digest, “Scorpio is such a beloved legacy character who evokes a sense of nostalgia and I know the fans have been patiently waiting for Tristan’s return.” Rogers also told SOD that he was surprised when his wife told him that he was trending on social media when news of the return broke – but also added that she had to explain what “trending” meant. Rogers says he doesn’t know what’s in store but says showrunners “understand the history of Scorpio and his relevance.”

Other things we know about the two plus week arc of Robert is that he’ll be playing out a plot with Anna and Robin that could save someone’s life. But whose life is at stake? Could it be Emma Drake [Brooklyn Rae Silzer]? In the week starting November 16th, Emma’s life is threatened by those holding Robin hostage. Her captors make it clear that Emma will be in peril if Robin doesn’t zip it on what she know about Jason Morgan’s [Billy Miller] past and programming by Helena Cassadine [Constance Towers].

It’s been a while since we’ve seen Robert – it will be nearly two years between appearances once he’s back in Port Charles – and he’s been sorely missed. There is a lot going on right now that makes this a great time to bring him back. First, Anna is sort of off the rails with her guilt over shooting Carlos Rivera [Jeffrey Vincent Parise] and the death of Duke Lavery [Ian Buchanan]. Robert may help Anna work through some of these issues – and maybe they could enjoy a little romantic spark…

More importantly, will it be Robert and Anna that get Robin away from her captors once and for all? It looks like Robin is still under the influence of the Cassadines – she may even be under guard at a lab on Cassadine Island. ‘General Hospital’ spoilers reveal that Jason is heading soon to the Greek exile of Helena looking for answers about his prolonged absence from Port Charles and memory loss. Will he find Robin there? Will Jason rescue her or will her parents have to pitch in to help?

Related: How Far Will Liz Go to Keep Jason?

No matter what Robert gets up to on GH, we know it’s going to be a good time and we can’t wait to see the shenanigans. And wouldn’t it be great to see Robert face off with his former tormenter turned GH chief of staff Dr Liesl Obrecht [Kathleen Gati] and see how that goes? Fingers crossed we get to see that action and that Dr O is her usual snarky self. There’s so many great opportunities for a Robert Scorpio storyline and we can trust Jean Passanante and Shelly Altman to deliver the goods.

‘The Young and the Restless’ News: Beth Maitland Returns For Christmas – And Maybe Longer!