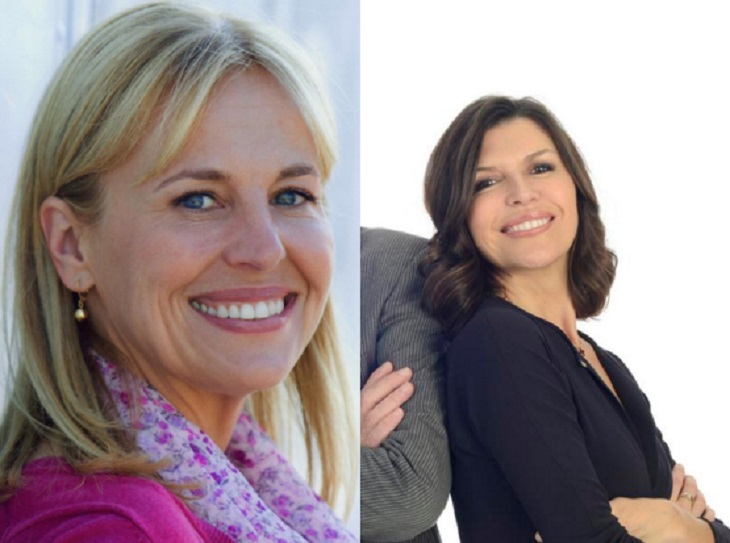 “General Hospital” executive producer Frank Valentini announced on Monday that he planned to bring and secure more veteran actors on the show. As his first order of keeping the vet actors, he extended the contracts of Finola Hughes [Anna Devane] and Genie Francis [Laura Spencer]. The new writers, Jean Passanante and Shelly Altman revealed that Anna would play a pivotal role in November sweeps storylines.

“We are thrilled that Genie and Finola will continue to make “General Hospital’” their home for years to come. These enormously talented actresses have created timeless characters that resonate with our fans,” Frank Valentini said today.

The fact is many fans saw this coming recently. The writers said that they planned to bring more veteran characters and find ways to keep them on the show. Jean Passanante even went as far as to tease that Tristan Rogers and Anthony Geary may be returning to the show. Recently, the “GH” fans have wanted to see more Anna Devanne and have asked the show to give Laura more of a storyline. These actresses are the reason many fans tune in. It looks like the show heard the fans and extended their contracts.

“General Hospital” has been on the air for 52 years. Many people have watched their whole life and enjoy seeing the older characters on the show. Anthony Geary is one of the most popular soap opera stars of all time. His fans are dedicated not only to him but the soap opera too.

Jean Passanante teased that Anna will have a pivotal role in November sweeps. Not only will they address what happened with Carlos Rivera [Jeffrey Vincent Parise]-as he is returning soon- they are bringing Robin [Kimberly McCullough] back on the show. Laura has been said to play a huge role in the Jason Morgan [Billy Miller] reveal. The rumors hint that Laura could be the one to bring the truth to Jake about his true identity. The real question is when he learns he is Jason Morgan; how will that change his life? He doesn’t have many memories of his life as Jason.

‘The Young And The Restless’ (Y&R) Interview: Justin Hartley Discusses Replacing Michael Muhney, And Relationship Between Victor And Adam