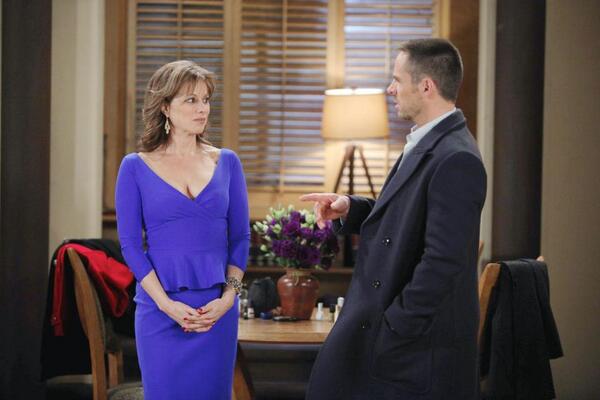 “General Hospital” fan favorite but, highly controversial actress Nancy Lee Grahn dishes to Soap Opera digest about her steamy scenes with Julian [William DeVry] and how often they seem to peel each other’s clothes off.  Grahn joked one day after another love scene, “Oh, look Alexis and Julian is ripping each other’s clothes off, AGAIN.”

She noted that Frank Valentini was a talented producer, that helped make her feel secure enough to pull off the steamy scenes. She wouldn’t be able to do these risqué sex scenes without his vision. She said, “When you get to certain age, things are sort of dangling where they weren’t before- no one wants to see that! Franks made sure the camera doesn’t see anything umm unflattering.”

Week after week, William DeVry and Nancy Lee Grahn had stayed on top of the hot couple chart. People love their on-screen chemistry.  And according to Grahn, the upcoming sweep month has more sex scenes for you, a few that she felt were a little too risqué for daytime TV.