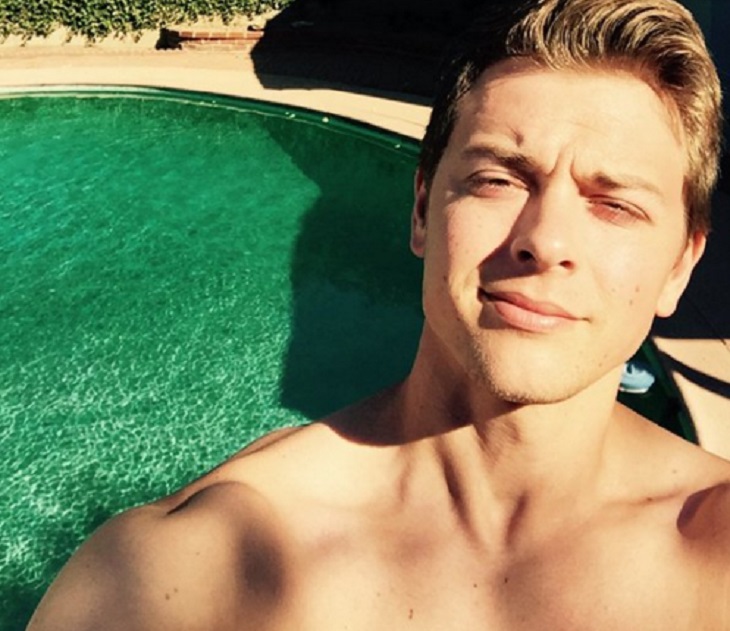 “General Hospital” fan favorite Chad Duell live streamed on Periscope on Monday and revealed that he and Kristen Alderson are no longer a couple. It was speculated that they had broken up; however, neither publicly acknowledged the breakup until now. He said that he had their shared dog, Bella. It wasn’t clear if they are plan on sharing custody of the dog, or if she permanently lives with him.

Chad Duell posted a Periscope and revealed that his relationship with Kristen was over months ago. He said it is a difficult thing to go to the media when you are struggling to come to terms with the decision. He cited the reasons being “Something just happened, and it changed everything.” It sounded as if there was some infidelity possibly from one of them, but he never elaborated. He said, “For now, Bella [their dog] lives with me. I am planning on moving out of the shared house to another place. Kristen went home to Pennsylvania.”

Kristen Posted a cryptic tweet last week hinting about a possible breakup with Chad. She told him she would always love him, and he is her best friend. Her fans worried about her state of mind after the tweet; however, she seemed to be okay. Since then, she has posted a few times and was in better spirits. Let’s face it, break up are never fun, and most of the time they are extremely painful and hard to face.

Now that Chad Duell came clean, are you surprised about the breakup? Do you think there could have been infidelity at work?