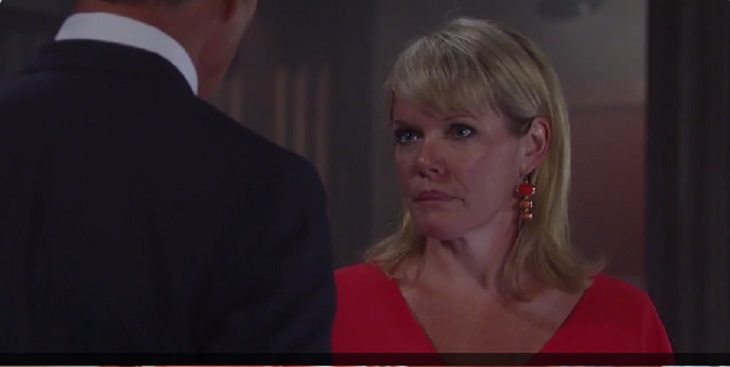 “General Hospital” (GH) resident bad girl Ava Jerome (Maura West) deserves a romance with a man of her own! And her portrayer thinks she also needs a friend or two. But can the lady mobster walk away from her place at the five family’s table to find either love or friendship?

And just who does Maura West think would make a good love interest for Ava? Believe it or not – Franco! “I love Ava and Franco together. There’s this “Are you gonna punch me or kiss me? [dynamic] between them that fascinates me!” says Maura in a recent interview with ABC Soaps In Depth – October 18 through October 23. While it may not be Franco who comes to Ava’s romantic rescue, Maura thinks her alter ego needs someone to love her and wants what’s best for her. “She’s always sort of scraping and scratching for respect and for someone to give a damn [about her]. And she’s lonely because of that, so I’d really like her to be loved. Or a friend or two!”

Related:  Interview: Keeping Up With Kristen Alderson – Where Is ‘Kiki Jerome’ Now?

But in order to find true love Ava may just need to sacrifice her place as the head of the Jerome family. Is Ms. Jerome ready to make that sacrifice? She has not been very good at walking away from the possibility of being the one in power, but West thinks it’s possible if the right man came along. Ava has Jerome blood coursing through her veins – and she’s tried many times to go legit and failed – and she is who she is and may not be able to change. But Maura thinks Ava would be willing to at least make an attempt to walk the straight and narrow for the right man.

At the end of the day Ava’s one major flaw may be that she craves power over true love – and she can’t sacrifice everything she has fought for that love. “But it would be nice if somebody cared enough to ask her to try!” West says. Maybe Ava needs a man who understands that need to control the Jerome family, a man who is on the edge – living in the shadows – of organized crime.

Do you think Ava can find love – real love and not just falling into bed with her daughter Kiki Jerome’s (Hayley Erin) boyfriend Morgan Corinthos (Bryan Craig)? Who would be a good love match for her? Or will being a powerful and strong “businesswoman” be the sole reason Ava exists? Let us know your thoughts in the comments section below.

Share your thoughts in the Comments section below, on our Facebook Page, or join our FacebookGroup for Discussion.

‘General Hospital’ (GH) Spoilers: Will Patrick Suspect Jason Morgan Is Alive, And Hide It From Sam?