‘Days of Our Lives’ (DOOL) Spoilers: Chad Stirs Up Trouble When He Betrays Stefano – Nicole Gets Payback on Xander and Serena, Gives Daniel Big News 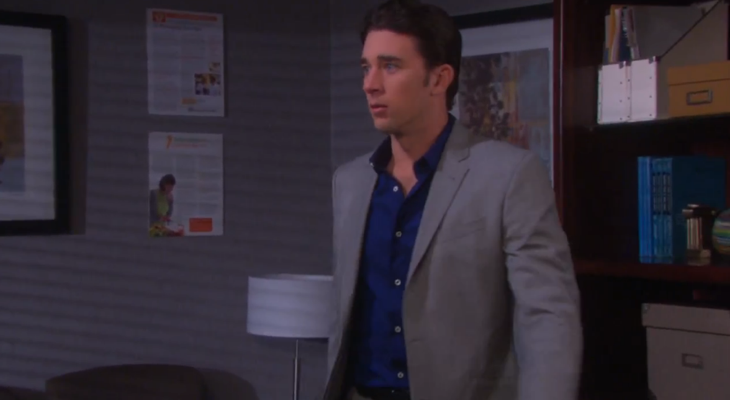 “Days of Our Lives” spoilers reveal that Chad (Billy Flynn) is about to defy his father in a significant way. Stefano (Joseph Mascolo) has been doing everything he can to push Chad and Abigail (Kate Mansi) together, but his motives have created some complications for his son. We don’t know for sure what Chad will do, but it’s clear that Stefano will take it as the ultimate act of betrayal. Chad is taking a major risk by inciting Stefano’s wrath.

DOOL rumors hint that Chad may go against his father’s wishes and tell Abigail about the land she stands to inherit. Of course, there’s no predicting how Abigail would react. Abigail might start to wonder if the valuable property had anything to do with Chad’s pursuit. Then again, Abigail might appreciate Chad’s honesty. Either way, coming clean about what he knows probably won’t help Chad’s case. Abigail is convinced her baby is Ben’s (Robert Scott Wilson) and she intends to marry the father of her child. Stick with “Days of Our Lives” to see how Chad will cope with Abigail’s plans for the future.

Related: Weekly Soap Ratings: Check Who’s Up, Who’s Down And Why

Meanwhile, huge changes will be happening in Nicole’s (Arianne Zucker) life. “Days” spoilers say Nicole will manage to get payback on Xander (Paul Telfer) and Serena (Melissa Archer). Once Nicole puts that mess behind her, she’ll give Daniel (Shawn Christian) some big news about what’s next. Nicole is happily engaged to Daniel and she’s looking forward to being Parker’s (Evan and Luke Kruntchev) stepmom. Nicole will undoubtedly want to make sure her new family is on board with whatever she has planned. Nevertheless, DOOL viewers know Nicole is bound to hit a snag or two soon. Stay tuned to “Days of Our Lives” for updates on the chaos to come.

So “Days” fans, what do you think about Chad going against Stefano’s wishes? Is Chad making a huge mistake? What about the shift in Nicole’s life? Is this happiness the calm before the storm? Let us know what you think in the comments below and don’t forget to check Soap Opera Spy often for the latest “Days of Our Lives” spoilers, rumors, updates and news.

‘The Bold and the Beautiful’ Spoilers: Ivy and Wyatt Concoct Scheme for Success – Thomas Officially on Design Team, Grows Closer to Caroline