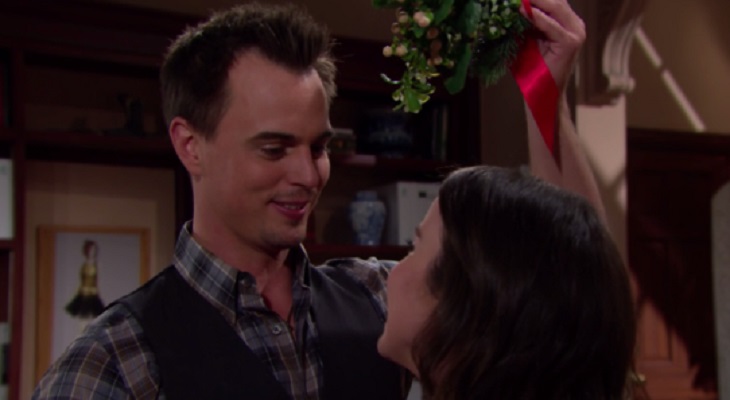 It’s just a shame that the proposal even happened – Liam Spencer [Scott Clifton] should have tried to talk Wyatt out of proposing since he knows that Ivy wants to be with him and not Wyatt. Even if Liam didn’t want to tell Wyatt the truth, he could have discouraged him.

Liam could have told him it’s not a good time since Ivy’s still recovering or anything to slow Wyatt’s roll. But he didn’t. At some point in coming days, Quinn will overhear Liam and Ivy talking and figure out that Ivy prefers Liam to Wyatt.

In Quinn’s eyes, this is great. She doesn’t want her son to be with Ivy anyway – and now she has the ammunition to split them for good. So why doesn’t Quinn go to Wyatt before the proposal goes down? Maybe she’ll found out too late to intervene beforehand.

Related: Heather Tom Shares She And Her Hubby Hiked 40 Miles With Son On Their Back

But what’s more likely is that Quinn will hold back on the reveal of her knowledge until the most painful moment for Wyatt. But why would she hurt her son like that? The bigger the hurt, the more certain Quinn can be that Wyatt will be done with Ivy for good.

What makes this whole thing worse is that Wyatt is so oblivious and so excited about the proposal that he’ll invite Liam and Steffy Forrester [Jacqueline MacInnes Wood] to be there when he pops the question.

Steffy is pushing hard for the proposal since that means Ivy will be locked down with Wyatt and away from Liam. For his part, Liam may just be hoping that the proposal works and he doesn’t have to deal with his feelings of being torn between Steffy and Ivy.

But B&B spoilers indicate that Quinn will interrupt Wyatt’s proposal when he’s already down on one knee. Quinn will demand that Ivy tell Wyatt the big secret she’s keeping from him – that she, once again, has the hots for his brother and has been actively pursuing Liam.

This will be too much for Wyatt to deal with – he’s still struggling to forget that Ivy was getting way too cozy with Thomas Forrester [Pierson Fode]. Finding out Ivy’s got her heart set on Liam is just too much for Wyatt.

His heart may be breaking, but Quinn sees this as what’s best for Wyatt in the long run. Plus, Quinn can be there to comfort him and nudge him towards Steffy. B&B spoilers also hint that Steffy may soon be on the market for her ongoing aggressions towards Ivy.

Are we about to see a couple swap on B&B? Even if Ivy gets what she wants which is Liam – and Steffy lands with Wyatt – there will be enough hurt feelings to keep the drama among these four percolating for quite some time.

What do you think B&B fans? Are Quinn and Liam heartless because they didn’t try to stop Wyatt from proposing to Ivy? Who do you want to see Wyatt with – Steffy or Ivy? Can Wyatt forgive Liam for not telling him about Ivy’s love confession?

Share your thoughts in the comments below and come back to Soap Opera Spy often for more ‘‘B&B’ spoilers and news.