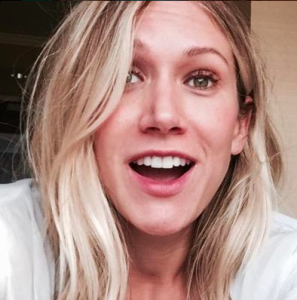 “The Young and the Restless” alum Jennifer Landon [Ex- Heather] checked in with CBS Soaps In Depth in the most recent edition. On “Y&R,” Heather struggled to have a connection to her on-screen dad, Paul Williams [Doug Davidson]; however, in real life, Jennifer never struggled to connect with her father, Michael Landon [the actor].

After leaving the CBS daytime drama, the talented actor took a few years off acting to regroup and figure out what direction she wanted to go with acting. She felt at odds with staying in daytime or perusing prime time roles.

Taking time off brought her to her love for acting, which led to her most recent role, Lilith Bode on Cinemax’s “Banshee.” The actor noted the role is a reoccurring role, with the possibility to work into a contract role in the coming months.

Jennifer explains that Lilith is a person who ended up committing unforgivable acts of violence, and believes she is doing this acts for a good reason—Stockholm Syndrome. The character is the most complex character Jennifer even portrayed, and she admitted playing a seductive character was difficult for her.

On the set, she shared scenes with Eliza Dushku [Buffy the Vampire Slayer] and “As the World Turns” alum, Tom Pelphrey[ex-Mick]. Jennifer admitted she felt a sort of family with Tom and Eliza ever since their “ATWT” days.

‘Banshee” relocated to Pittsburgh—bringing the cast, crew, and production from Los Angeles and New York to a smaller town. It brought a friendly vibe to the new Cinemax series.

Landon explained she loved to try new things and has a desire to record a five song, E.P. Jennifer decided it was time to join social media, and allow her fans to contact her. “People can find me on Twitter and Instagram at @thejenlandon,” she disclosed.

Jennifer has not closed the door to daytime television, yet. She noted she isn’t sure if that is in the cards, but at the same time, it isn’t ‘out of the question.’ Jennifer Landon’s character, Lilith Bode premieres on Cinemax “Banshee” on February 19.

The Young And The Restless Spoilers: Phyllis and Abby Join Forces – Helps…