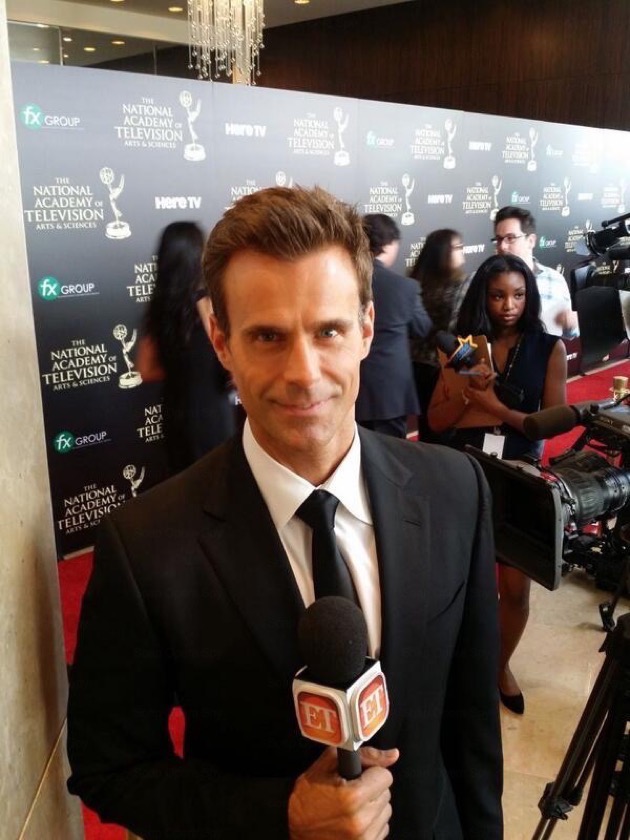 According to a breaking report from Variety, Cameron Mathison has landed the full time correspondent and weekend co-anchor gig for Entertainment Tonight. The actor is best known for playing Ryan Lavery on All My Children, but has since branched out into hosting after leaving the show.

He starred on All My Children until the show ended in 2011, and then quickly segued into his hosting duties with a guest correspondent gig with ET in 2010 where he hosted the Daytime Emmy red carpet coverage.

ET’s Executive Producer Brad Bessey released a statement saying, “Cameron is hard working, charismatic, comfortable on set, on the red carpets and in intimate celebrity one-on-ones. He’s joined us for special assignments throughout the year, and we are thrilled that he is now a permanent member of the ‘Entertainment Tonight’ team.”

Cameron Mathison joins correspondents Nischelle Turner and Brooke Anderson, as well as hosts Kevin Frazier and Nancy O’Dell. Mathison is a strong choice for the gig because he comes with his own in-built fan base from his time on All My Children, and obviously, he’s incredibly good looking – as all hosts of ET need to be. Plus, he has enough experience with guest correspondent gigs and hosting gigs, as well as previous experience with ET, that this should be a comfortable fit for him.