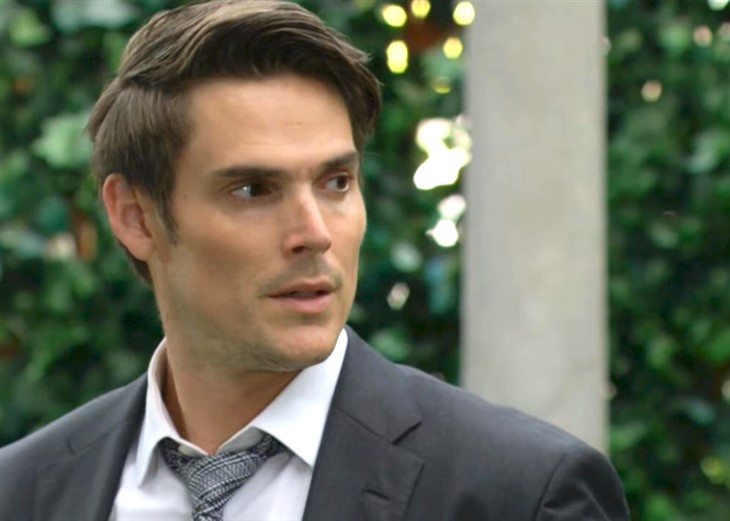 The Young and the Restless spoilers document that Sally Spectra (Courtney Hope) admitted she was pregnant when Nick Newman (Joshua Morrow) asked her about morning sickness. He received the news with warmth, which she appreciated.

Sally told her new love a series of modest fibs in recent days in an attempt to divert his attention. Nick was increasingly suspicious because Sally was open with him to this point in their relationship.

Her admission about being with Adam Newman (Mark Grossman) was also accepted by Nick. He understood before they were together that her feelings for his brother were real.

Even if Nick does not prove to be the father of Sally’s baby, she is glad that he became the first to know. Morrow’s character is her preferred option, even considering her explanation of not wanting to complicate their connection so early.

Of course, Chloe Mitchell (Elizabeth Hendrickson) was aware of the baby news before Nick. Sally asked her best friend to obtain a home pregnancy test for her. Hope’s character followed that with a test in a medical facility, and the paperwork confirmed the reality.

As a side note, TPTB slightly swapped Sally and Chelsea Lawson (Melissa Claire Egan). The Young and the Restless viewers recall that Chelsea’s decision to end their professional partnership freed Chloe to work with Sally. Soap fans know that focal point characters benefit from sidekicks for dialogue and plot purposes.

Nick has fallen in love with Sally. Kudos to the writing staff for presenting a connection that was not forced and is believable.

Sally was not in love with Nick at first. She was all-in for Adam. But the behavior of Grossman’s character was too similar to Sally 1.0, meaning when she was on The Bold and the Beautiful.

Her recent course correction would have gone smoothly if she did not agree to meet with Adam, which led to the cavort in her Grand Phoenix hotel suite. But this is soap, and so that is why that happened.

The Young And The Restless Spoilers – What Will Sally Spectra Do?

The B&B reference was purposeful as it connects to speculation. If Sally learns that Adam is the father, she might revert to her former persona and alter the test results or refuse to confirm the outcome until time passes.

Since Nick knows about the pregnancy, he could take a test to confirm the truth. So, a question can be paired with this section’s header. What will Nick do if he learns he is not the father?

Nick could conceal the truth from his brother if the test results are not as hoped. Whether Sally would agree or might drive that train will be seen on Y&R.