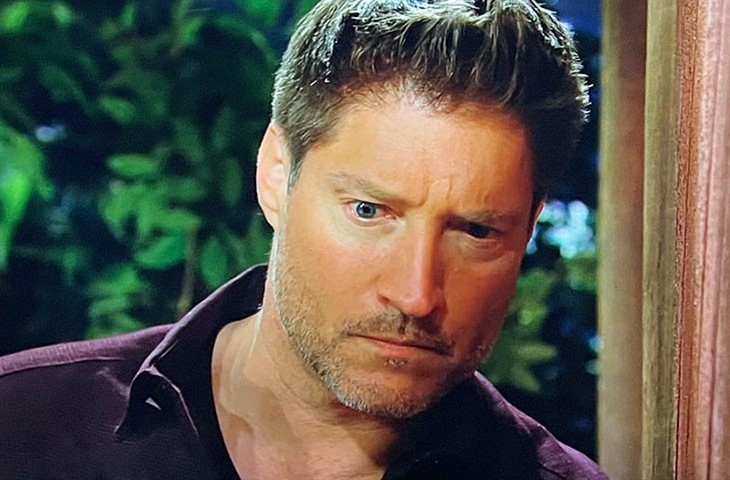 The Bold and the Beautiful spoilers for January 23-27, 2023, reveal Deacon learning what Sheila has been up to and our LA folks adjusting to a new normal.

The Bold And The Beautiful Spoilers – Deacon Sharpe Feels Fooled

Deacon Sharpe (Sean Kanan) thinks things are finally going his way. Sure, he misses having Sheila Carter (Kimberlin Brown) around, but at least he is not back behind bars thanks to her. Instead, he is the brand-new owner of Il Giordino and can’t wait to brag to Hope Logan Spencer (Annika Noelle) about it. That’s when his daughter tells him what has been going on with Sheila and Dollar Bill Spencer (Don Diamont).

Poor Deacon realizes that Sheila had been playing him when he was living with her and he confronts her, wanting to know what she is really up to. Does Sheila have a good answer for him?

B&B Spoilers – All About Bill Spencer

As for Bill, he is still walking around like a zombie and things seem more off with him than ever. He is doing Sheila’s bidding whenever and wherever he can as he seems so oddly beholden to her. Still, he insists he is madly in love with her and not even Brooke Logan’s (Katherine Kelly Lang) pleas can pull him away.

But, can Katie Logan (Heather Tom) manage to do it? She is determined to save Bill from both Sheila and his own self and comes up with just the plan to do it. Will whatever she is planning even work?

The Bold And The Beautiful Spoilers -Other B&B Happenings

It’s also time to get back to high fashion and Hope has a new idea for her Hope For The Future line that Eric Forrester (John McCook) does not really like. Later in the week, someone comes to Thomas Forrester’s defense with Hope as he has a surprise ally.

Finally, The Bold and the Beautiful spoilers show Sheila has to deal with more than just Bill and Deacon this week when she runs into John ‘Finn’ Finnegan (Tanner Novlan) at Il Giordino and they get into a confrontation. Sheila still believes that she will have a relationship with Finn and Hayes, but Finn has a few words with her about that, reminding Sheila that she is completely delusional. Stay tuned to The Bold and the Beautiful weekdays to see how these stories play out.

Y&R Spoilers: Kyle Gets A Shock About His Parents