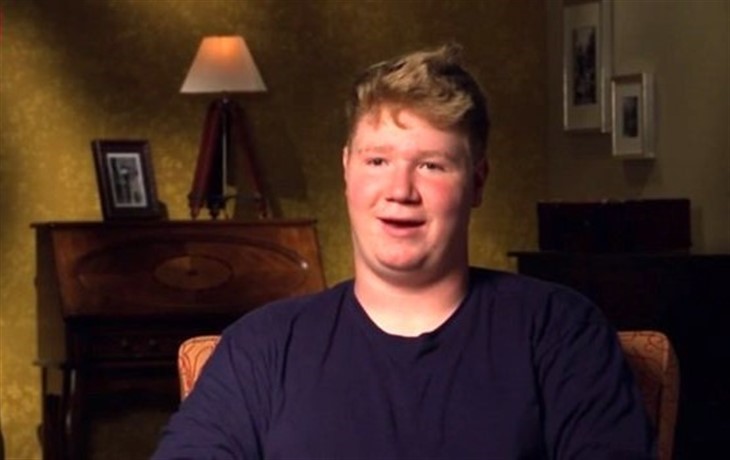 Sister Wives spoilers reveal that the only son of Christine Brown and her ex-husband Kody, Paedon Brown is revealing that his dad is trying to silence his kids. Read on and we’ll give you the low down.

Sister Wives – Paedon Brown is Anything But Silent

Sister Wives spoilers reveal that, according to Screen Rant, despite the show’s current hiatus after season 17 closed out on Kody’s now-monogamous household, Paedon Brown continues a veritable fount of content. The TLC personality is not shy about blasting his pops and most recently he revealed that Kody is trying to put a muzzle on his children in the wake of everything that’s happened.

While the much-loved TLC series has gone silent, Paedon Brown is anything but that, telling his side of the story and revealing that he doesn’t support his dad. With Paedon clearly being defiant and upset, we’re all starting to wonder what could have gone on in the Brown household to make Kody Brown’s son so angry.

Sister Wives have heard little from Paedon over the years Sister Wives has been on the air. However, the past year has shown fans another side of Paedon who has been shamelessly outing his family on social media.

Over the last few months, the TLC star has pulled no punches, revealing that he didn’t like Kody Brown’s fourth and only remaining wife, Robyn Brown. He has said that he could win a battle against his dad and, in one confession, he revealed that he had been rude to Robyn’s children after seeing Kody interact with them.

He even admits to once slapping his sister Gwen Brown. Clearly, Paedon has no problem with spilling the tea on himself or, for that matter, anyone in his family.

Paedon chatted with blogger, Mrskickstand on TikTok about his numerous beefs with his family. He revealed that his last interaction with his father was when Kody felt disrespected by the shirt he wore that had the words, “What does the nanny do?” emblazoned on it. After the incident, Kody allegedly texted him some choice words before going silent for some time.

Kody finally texted his son after eight months, but it wasn’t the reunion Paedon may have expected. After speaking to his mother Christine, Paedon learned that she and Kody had been fighting over the Sister Wives contracts and, per Paedon, Kody had tried to get TLC to write up new contracts that would prohibit his kids from saying “anything negative about him on our platforms.”

This would effectively silence all the Brown family children but, fortunately, TLC didn’t think silencing the youngsters would be good for the show. Be sure and stay up to speed on this and other Sister Wives-related stories. Return here often for more Sister Wives spoilers, news, and updates.