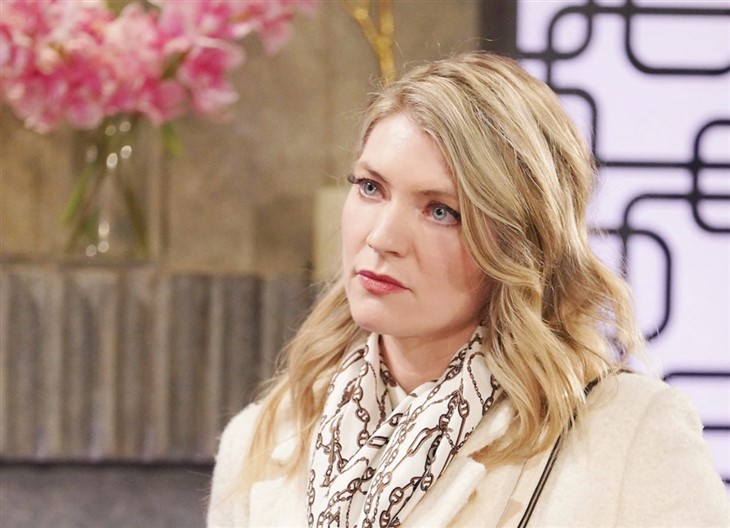 The Young and The Restless spoilers and updates tease that Harrison Locke’s (Kellen Enriquez) birth mother, Tara Locke (Elizabeth Leiner) could be paroled soon. Could she return to Genoa City to reclaim her son and make more trouble between Summer and Kyle Abbott (Allison Lanier, Michael Mealor)?

The Young And The Restless Spoilers – Put Away On Trumped Up Charges?

Viewers should keep in mind that Tara was put away in prison over Ashland Locke (Robert Newman) basically wanting to ditch his wife over Harrison’s paternity being revealed. As the Locke Ness Monster was gradually revealed to be even a worse grifter than assumed, he could have easily created trumped up charges to get rid of Tara. At the time, he was already interested in Victoria Newman (Amelia Heinle) for more than one reason, and that means Tara may not be as horrible as made out to be.

The Young and the Restless spoilers show Tara has been in prison for a couple of years now, and Harrison is nearly old enough for kindergarten. No one would be surprised if when she is paroled she’d come back to Genoa City and want to reconnect with her son.

There are some similar situations here considering Diane Jenkins (Susan Walters) came to reconnect with Kyle. Diane might wind up being Tara’s hero, siding in with her against stepmom Summer-Summer could be afraid Tara will corrupt little Harrison.

There could be a situation where instead of Phyllis Summers (Michelle Stafford) against Diane, it could be Summer against Tara with Tara going after Kyle! Tara will be the evil and corrupt criminal (if that wasn’t just all Ashland’s horse hockey!) in this trio instead of Diane, as Phyllis asserted, as if Phyllis is a saint. But worst of all, Tara might come between Kyle and Summer because there’s a rift to exploit already – even if she doesn’t mean to, and there might be a split.

Just like there’s a possibility that Diane could still be a schemer even though she and Jack are together and she’s started to prove herself, the same could go for Tara. Tara could also still be nothing but a schemer and Kyle might regret trusting her, as could also happen with his mom, eventually. Summer may be proven right as Phyllis might as well and both Kyle and Jack may learn their lessons.

Both of them can be very gullible because of wanting to see the best in people. And for that reason, they may be in for a hard learned lesson.