Y&R Spoilers: Kyle Gets A Shock About His Parents 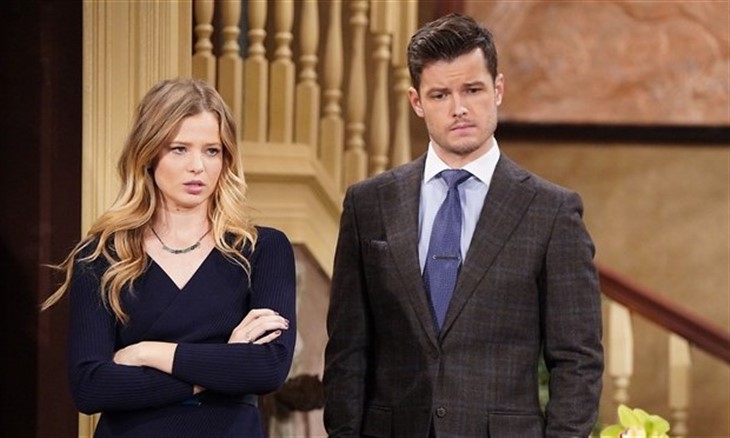 The Young and the Restless spoilers reveal Jack and Diane enjoying the next phase of their new relationship — with a minor complication.

Diane Jenkins (Susan Walters) has spent the better part of a year trying to get Jack Abbott (Peter Bergman) to fall for her again and she finally managed it. They kissed under the mistletoe on Christmas Eve and it’s only progressed from there. This has been Phyllis Summers’ (Michelle Stafford) worst fear and she even spotted that mistletoe kiss through the window.

According to Y&R spoilers, Jack and Diane finally sleep together again after all these years and are enjoying their morning after in the Abbott living room when Kyle Abbott (Michael Mealor) walks in and is not sure he likes what he sees. His parents are close. In fact, they are too close and something seems much different between them. In fact, he is not sure he has ever seen them like this before and it scares him.

At first, Kyle thinks Diane spent the night there for protection from Jeremy Stark (James Hyde), but something else seems off so Jack confesses that he and Diane are together again and Kyle is stunned.

“This throws Kyle for a loop,” Michael Mealor said in the January 30, 2023, issue of Soap Opera Digest. “He saw signs of his mom and dad getting closer and he just sort of ignored it. Diane can see that Kyle is a little freaked out and she explains this wasn’t planned.”

Kyle doesn’t want to listen to any of this and just leaves because he needs time to process what he just learned.

“Every child of divorced parents usually dreams of them reconciling but Kyle can’t go there,” Mealor said. “He just got his mom back. What if she and his dad don’t work out, then where that that leave them? This isn’t good news to Kyle at all.”

It also isn’t good news for Summer Newman Abbott (Alison Lanier), as she has been taking her own mother’s side more and more in the battle between Phyllis and Diane. Stay tuned to The Young and the Restless weekdays to see how these stories play out.