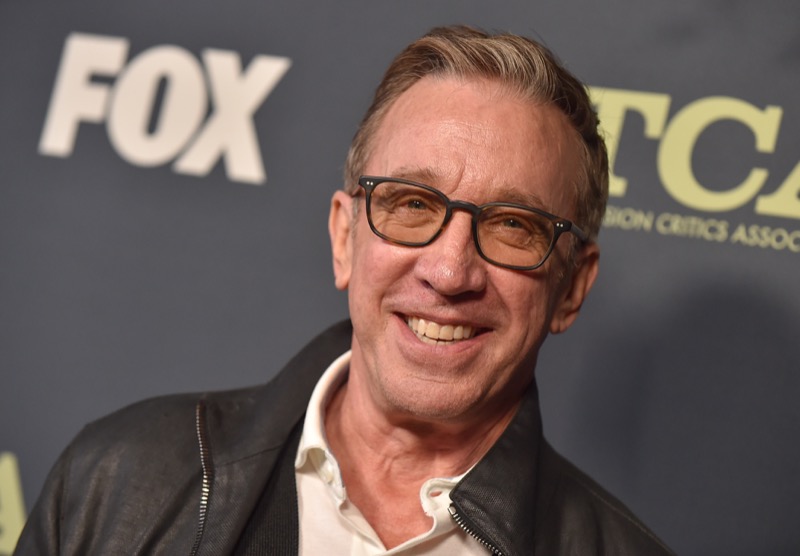 Pamela Anderson’s memoir “Love, Pamela” is not yet out but a part of the book has made rounds already. Just a little excerpt from the book which was obtained by Variety ahead of its release date January 31, has more than enough bombshell in it.

The “Baywatch” actress made her acting debut in the hit ABC sitcom “Home Improvement.” She starred alongside “The Santa Clause” actor Tim Allen who was the lead character of the series. While Pamela played the role of Lily (Lily the Tool Girl), Tim Allen played the role of Tim Taylor.

Pamela appeared all through the first and second seasons of the sitcom before leaving to pursue other roles in other films but, she did make a guest appearance on the 6th season of the sitcom. “Home Improvement “ lasted from 1991 through 1999.

According to the excerpt released from “Love, Pamela” the star of “Barb Wire” alleged that Tim Allen flashed her on her first day on set of “Home Improvement.”

Pamela alleged that the “Last Man Standing” actor appeared in his robe and flashed her quickly while he was stark naked. “On the first day of filming, I walked out of my dressing room, and Tim was in the hallway in his robe,” wrote Pamela.

“On the first day of filming, I walked out of my dressing room, and Tim was in the hallway in his robe.” She went on to share that Tim’s reason for his action was because he had once seen her naked so it’s 1:1.

“He said it was only fair, because he had seen me naked. ‘Now we’re even.’ I laughed uncomfortably,” said Pamela.

It is noteworthy that prior to Pamela’s acting career, she had posed nude while she modeled for “Playboy” magazine. Anyways, Tim Allen didn’t waste time refuting that story. He claimed that it was unreal.

Speaking to Variety, Tim said, “No, it never happened. I would never do such a thing.”

Meanwhile, as the news spread like wildfire, some people were of the opinion that Pamela should have spoken up during the time it happened. Others pointed out that, as at that time, things weren’t as they are right now so if Pamela had spoken up, she might have lost her role and would never have become who she is today.

Someone tweeted, “The people saying why didn’t she say anything at that time? It was 1991 and she was a new actress who was only known for posing for Playboy… they would have blacklisted her so fast and ripped her apart in the press. So glad she is able to tell all now.”

Another seconded, “Exactly and even if she reported back then society and the justice system would have sided with Tim. Reporting sexual assault/harassment especially if the assaulter/harassed is a well liked rich white man like Tim is often even today a career killer.”

Someone else angrily said, “So many people asking why she waited so long to say anything even after learning millions of reasons why women don’t come forward. Y’all do so much disservice.”

Another pointed, “Not only that, no one was gonna believe her bc everyone considered her a “slut”, she was dehumanized and vilified for posing nude and for the sex tape.”

The sex tape being spoken of here was made by Pamela and her now ex-husband Tommy Lee. The tape was stolen and leaked by an unknown person, and a movie was later made in it’s light, without Pamela’s consent.

Be sure to catch up on everything happening with Pamela Anderson right now. Come back here often for all the Pamela Anderson’s spoilers, news, and updates.