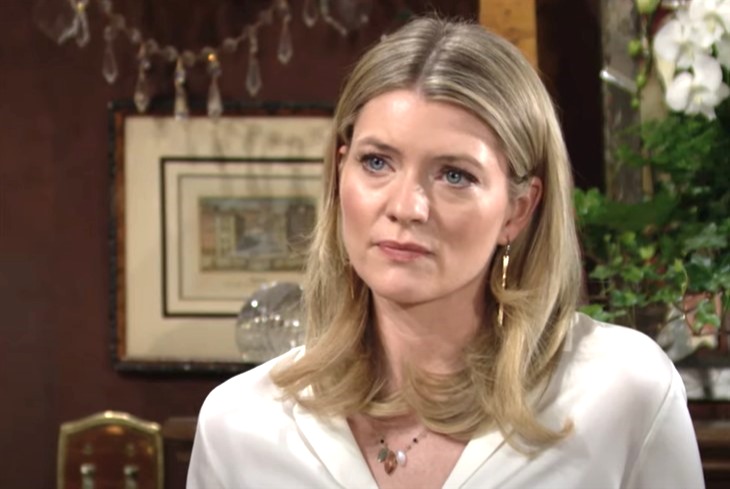 The Young and the Restless spoilers reveal that Summer Newman-Abbott (Allison Lanier) has a happy family. However, Summer and Kyle Abbott (Michael Mealor) could deal with an unexpected threat. At some point, Tara Locke (Elizabeth Leiner) will be released from prison. Could Tara return and try to get custody of Harrison Locke (Kellen Enriquez)?

The Young And The Restless Spoilers – Tara Locke’s Prison Release

Y&R spoilers reveal that when Tara came to Genoa City, she opened up a big can of worms. Ashland Locke (formerly played by Richard Burgi and Robert Newman) found out about Tara’s affair with Kyle. Eventually, Kyle had a paternity test done and discovered he was Harrison’s father.

When Tara and Sally Spectra’s (Courtney Hope) scheme was uncovered, “Skyle” was able to get back together. However, Tara also went to prison.

Even though Tara and Ashland were divorced, the prison inmate will be stunned to learn of the villain’s death. Tara will be released from prison at some point. When Tara does get out, her primary concern will be Harrison.

Fans didn’t like Tara at all. However, Tara does love her son. So, expect Tara to come up with a plan on how to get him back one day.

The Young And The Restless Spoilers – Summer Newman-Abbott Blindsided?

The Young and the Restless spoilers reveal that Summer and Kyle are both going through a lot  right now. The war between Diane Jenkins (Susan Walters) and Phyllis Summers (Michelle Stafford) will escalate. However, despite all the drama, Kyle and Summer are determined not to let it affect their marriage.

Even though “Skyle” is staying strong, Tara’s prison release could shake things up. Perhaps Kyle will want Tara to be a part of Harrison’s life again. However, Summer might think that Harrison is better with them.

If Tara doesn’t get what she wants or faces opposition, she could lawyer up. Tara might sue for custody of Harrison. In order to get leverage, Tara could dig for dirt. Will she end up finding some scandalous information that could jeopardize Summer’s happy little family? Could this dirt have something to do with Kyle and Summer, or perhaps Ashland’s murder?

Even though Kyle and Summer were not involved in that, maybe Diane getting Ashland arrested will be brought up. A clever lawyer might say that setting up Ashland to get arrested in front of Harrison could have gone very wrong. Tara’s legal time might claim that the Abbott family just used Harrison to punish Ashland.

Do you think Tara will come back after she gets released from prison? Will she try to take Harrison away from Kyle and Summer? Will Diane’s actions against Ashland give Tara an edge in court?