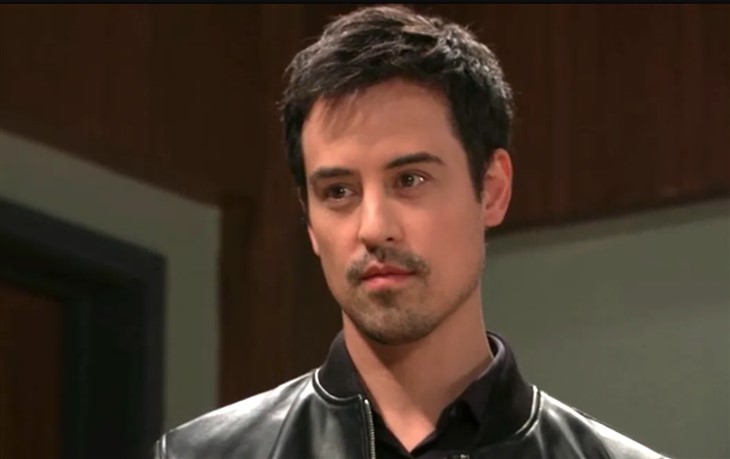 General Hospital spoilers tease that Nikolas Cassadine (Marcus Coloma) may once again disappear from Port Charles without a trace, eventually leaving his friends and family no choice except to believe that the Dark Prince has met with foul play. This wouldn’t be the first time that Nikolas let everyone he loved believe he was dead. After he was shot by Valentin Cassadine (James Patrick Stuart) Nikolas fell into icy waters and waited three years to reveal himself.

Nikolas even let his teenage son, Spencer Cassadine (Nicholas Chavez) think he had died. Spencer was furious that Nikolas’ quest to regain the Cassadine fortune was more important that letting his own son know he was alive Nikolas’ other family members eventually forgave him, although they knew he certainly wasn’t the noble prince he once was. Nikolas seemed capable of anything in order to get what he wanted.

When Nikolas returned, he appeared to Ava Jerome (Maura West) but let he believe he was a spirit or that she was hallucinating. He even told Ava that he was in Hell right next to Ava’s daughter, and she was suffering because of Ava. Eventually, Ava realized Nikolas was actually alive and although she agreed to help him regain his fortune, she blackmailed him into marriage so half of it would be hers. Ava and Nikolas eventually fell in love for real, but neither Spencer nor Nikolas’ uncle Victor Cassadine (Charles Shaughnessy) were content to let them be happy.

General Hospital spoilers show Victor has tried for over a year to unite the Cassadine family. but Nikolas’ messy love life failed to impress Victor, who demanded that Nikolas divorce Ava, but that he give her Wyndemere as part of the divorce. Nikolas once again refused and Victor made it clear that either he do as he is told or he may find himself dead for real.

Rather than give Victor the opportunity to kill him, it seems more likely that Nikolas will once again disappear, and will be believed to be dead. Ava will likely suspect Victor of harming Nikolas but she will have no proof, so Victor claim it seems just as likely that Ava may have done away with Nikolas.

Will Nikolas once again let everyone believe he is dead? Will he go into hiding so Victor can’t kill him? Will either Ava or Laura Collins (Genie Francis) try to get justice for Nikolas? Or has the prince burned all of his bridges? Anything can happen in Port Charles so stay tuned to General Hospital airing weekdays on ABC. And don’t forget to check back right here regularly for all your General Hospital news, information and spoilers!