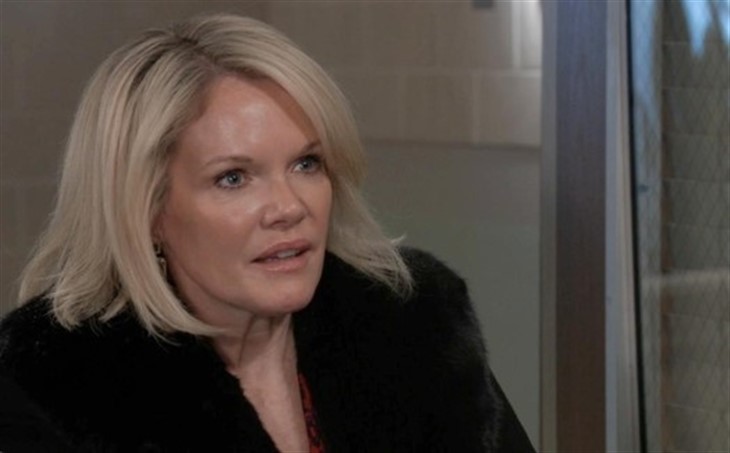 General Hospital spoilers and updates tease Ava Cassadine, soon to be Ava Jerome (Maura West) will stake her claim for Spoon Island and Wyndemere Castle. That means Nikolas Cassadine (Marcus Coloma) will be evicted-but he’s not giving up without a fight!

General Hospital Spoilers – I Will Not Be Bullied

Victor Cassadine (Charles Shaughnessy) brought Nikolas Ava’s signed divorce papers recently and told him he had to leave-but Victor didn’t say HE had to leave. Victor told Nikolas that Ava had leverage, proof that Nikolas himself confessed to throwing Esmé Prince (Avery Kristen Pohl) off the parapet and killing her. But that was when Ava struggled with her and she fell into the harbor and went missing for several months-Nikolas was trying to protect Ava at the time.

But Victor himself also has leverage – he collected evidence from the room in the North Tower where Nikolas had kept Esmé captive for several months after she resurfaced. He made it clear if he defied him again, it would be his last time, but Nikolas refuses to be bullied.

GH Spoilers – Are They Working Together?

Nikolas has to wonder if Ava and Victor are working together, even though Victor had previously mentioned it might be best the Cassadines cut their losses. Nikolas is determined to keep his legacy, the castle and the island and plans to send Esmé to Cassadine Island in Greece and raise their baby there. But then he gets two summonses to court, and not only is Ava trying to take the property, she and Spencer Cassadine (Nicholas Alexander Chavez) want to take the baby!

General Hospital spoilers show Ava and Spencer working together against him-Nikolas can’t believe what he’s reading; Spencer’s dislike of and grudge against Ava was their biggest problem at first. He can’t believe that Ava would want anything to do with his and Esmé’s baby either, although maybe she’s just trying to strengthen Spencer’s custody case.

General Hospital Spoilers – The Cases Are Not Concurrent

The two court cases are not concurrent and the custody case is separate from the divorce case-and Ava is fighting hard. She’ll expose the captivity of Esmé to the police if she doesn’t get what she wants, which will help Spencer’s case to get custody of the baby. Ava makes that part clear to Nikolas that her role in the baby’s life is only to help and advise Spencer, not to take custody herself.

She plans to have Spencer and the baby live in a section of Wyndemere Castle where she can be nearby if he runs into a problem, but he’s taking parenting classes. As far as Victor’s plans-those are none of Nikolas’ business!