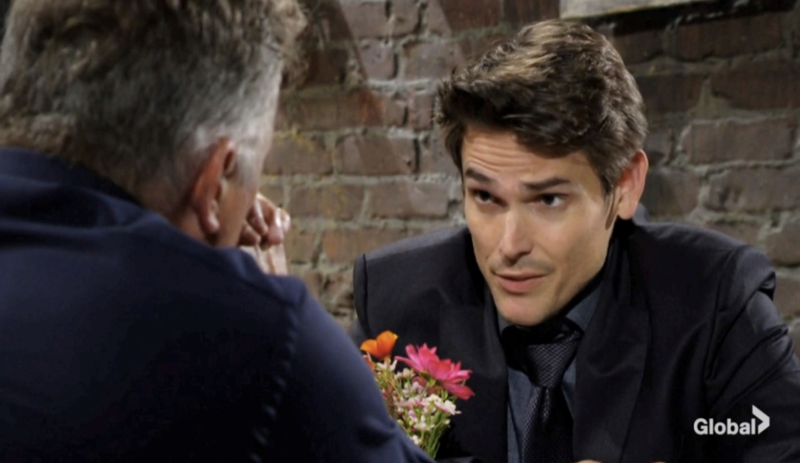 The Young and the Restless (Y&R) spoilers for July 18-22, 2022, reveal Adam attempting to do something selfless and Ashland doing something dangerous.

The Young and the Restless Spoilers: The Big Breakup

Adam Newman (Mark Grossman) finally thought he had it all. He had the right woman by his side in Sally Spectra (Courtney Hope), as well as the top spot at NE. Well, thanks to his vengeful witch of a sister, Victoria Newman (Amelia Heinle), he doesn’t have his job but he at least wants to save Sally Spectra’s (Courtney Hope) job.

So, he breaks up with her thinking that will keep Vicky from firing Sally from Newman Media. Needless to say, Sally is heartbroken and shocked and doesn’t know why Adam is doing this to her.

After he couldn’t even see Harrison in the park accidentally thanks to the Abbott restraining order and Diane Jenkins (Susan Walters), Ashland Locke (Robert Newman) feels he has nothing left to lose and tells Victoria as much when he essentially breaks into her house and makes himself comfortable.

Nick Newman (Joshua Morrow) can see that something is very, very wrong but when he enters his sister’s house, nobody is even there. What could be going on with Ashland and Victoria this time and does it spell trouble? If The Great Victor Newman leans what is going on, watch out.

Lily Winters (Christel Khalil) really enjoys the corporate world and now she wants even more. Will that bring her to owning a hotel just like the other rich women in town because a new hotel is just what GC needs, right? How big of a town is this anyway that so many people either come to visit or decide they like living in hotel rooms.

There may be good news for Phyllis Summers (Michelle Stafford) when Jack Abbott (Peter Bergman) has a slight change of heart after a talk with his newfound granddaughter, Allie Nguyen (Kelsey Wang). However, that change is only slight and Phyllis has a long way to go in breaking through his stubbornness.

Finally, Billy Abbott (Jason Thompson) and Chelsea Lawson (Melissa Claire Egan) seem to really be enjoying their time together collaborating on their podcast? Will they actually discover that they like being with one another and where does this leave Lily in the end? Stay tuned to The Young and the Restless to see how these stories play out.

GH Spoilers: Evan Hofer The New Dex, Everything We Know!