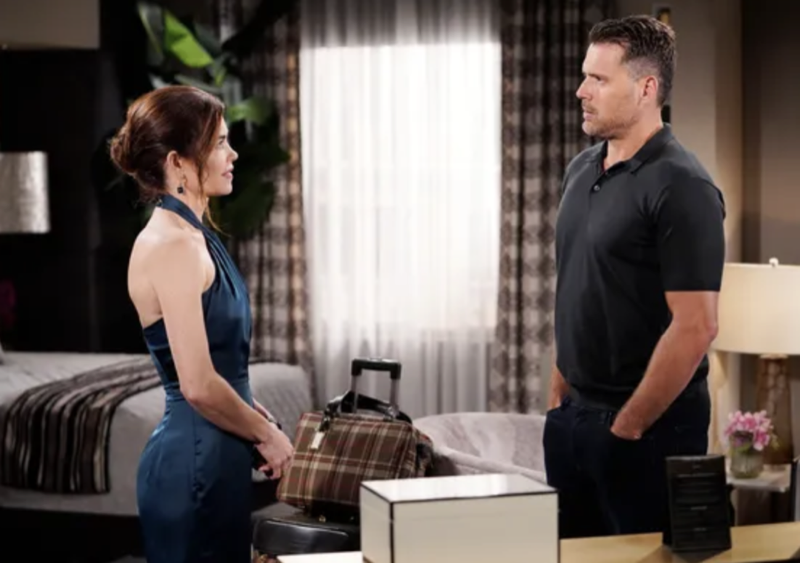 The Young and the Restless spoilers reveal that Victoria Newman (Amelia Heinle) wants to terminate Sally Spectra (Courtney Hope). However, Nick Newman (Joshua Morrow) thinks that Sally should be given a chance to prove herself. Nick also suggested mentoring Sally. Next week, expect Nick to step up and give Sally some advice. Could this cause a new sibling rift?

Y&R spoilers reveal that Victoria has no intention of keeping Sally at Newman Media. Victoria is pleased that Adam Newman (Mark Grossman) was pushed out of the entire empire. When Victoria came back from New York, she expected Adam would return to Newman Media. However, when she learned that Adam quit, she was quite pleased.

Now Victoria has to make a decision about Sally. Victor Newman (Eric Braeden) suggested that Sally could be useful… for now. However, Nick has a completely different perspective on the situation.

When Victoria and Nick discussed the press conference, Sally was mentioned. Victoria made her plans clear, but Nick interjected. Nick suggested that they wait and see what Sally could actually do. When Victoria scoffed at this suggestion, Nick mentioned that maybe Sally just needs some guidance.

This is interesting considering what Sally did to Summer Newman-Abbott (Allison Lanier). Nick is clearly putting his personal feelings about Sally aside and looking at what she might be able to provide for Newman Media. So, Nick might not like Sally and the things she’s done but must see her potential.

The Young and the Restless spoilers reveal that Nick will approach Sally with some unsolicited advice. At first, Sally might lash out at Nick. Not only is Sally dumped by this point, but feels the entire Newman family treated Adam like dirt.

However, Sally might soon discover that Nick isn’t like the rest of the Newmans. In fact, just having one Newman on Sally’s side could be to her advantage.

The Young and the Restless Spoilers: New Sibling Rift?

Speaking to Soap Opera Digest, Morrow explained Nick and Victoria’s relationship now that they’ve made up. Even though Nick and Victoria are good again, they will always be reminded of Ashland Locke (Robert Newman) driving them apart.

“… there will always be that reminder between them of how their close bond can go south.”

It was speculated that Nick working at Newman Enterprises again could be a bad decision. Will Nick see the ugly side of Victoria? Could Victoria play dirty to get rid of Sally and if so, will Nick step up to help the “enemy?” We will have to keep watching the CBS soap to see what happens next.

Days Of Our Lives Spoilers: Maniac Mayhem As Orpheus, Evan, Kristen And Gwen Break Out