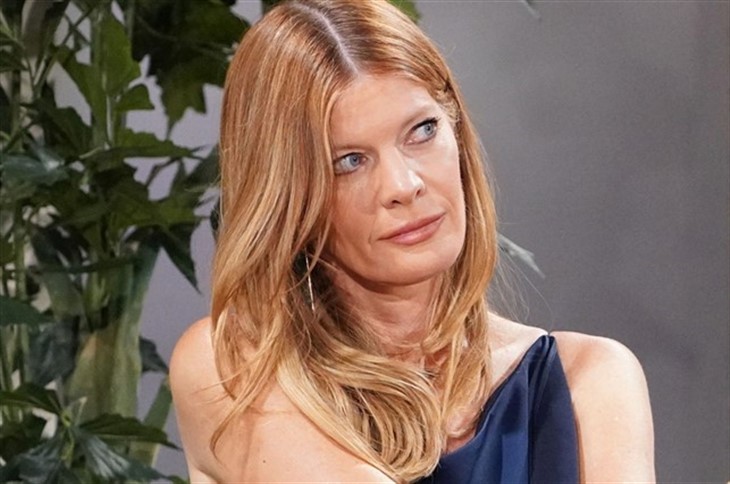 The Young and the Restless spoilers for Tuesday, January 25, 2022, reveal Phyllis pondering her place in life — and then has to make a major decision.

It’s not been an easy year for Phyllis Summers (Michelle Stafford). Sure, everything is finally going great at The Grand Phoenix, but her love life is an absolute mess. She and Nick Newman (Joshua Morrow) are broken up after realizing their relationship wasn’t much more than video games and sex. Jack Abbott (Peter Bergman) wanted her back but she placed him firmly in the friend zone and even her daughter moved away.

But now it’s that daughter who could change her life forever. There’s a job offer waiting for Phyllis in Italy if she wants it and with so much that has gone wrong of late, maybe this can go right for Phyllis. She would be with Summer (Hunter King), she could get away from the boring hotel she was obsessed with for so long, and maybe she will even meet a new man.

Of course, she does have ties to Genoa City and perhaps Jack will decide to talk her out of going to Italy — or maybe he can even go with her.

Victor Newman (Eric Braeden) is tired of pretending he likes and trusts Ashland Locke (Richard Burgi) so he is going to bring him down and hopes that it’s swift so that he can stop pretending. He has Michael Baldwin (Christian Le Blanc) on board now and Michael makes it his business to get to know Ashland.

Of course, Michael doesn’t let on that he is working for Victor. Instead, he tells Ashland he has a business proposition for him and Ashland is intrigued. Will Victor’s plan actually work?

Meanwhile, Victoria (Amelia Heinle), a woman who married a man who did nothing but lie to her till the ceremony began, thinks she is so smart with her new plan to bring down Adam Newman (Mark Grossman) and make Newman Media hers just because she can. And because Ashland wants her to. Stay tuned to The Young and the Restless weekdays to see how these stories play out.