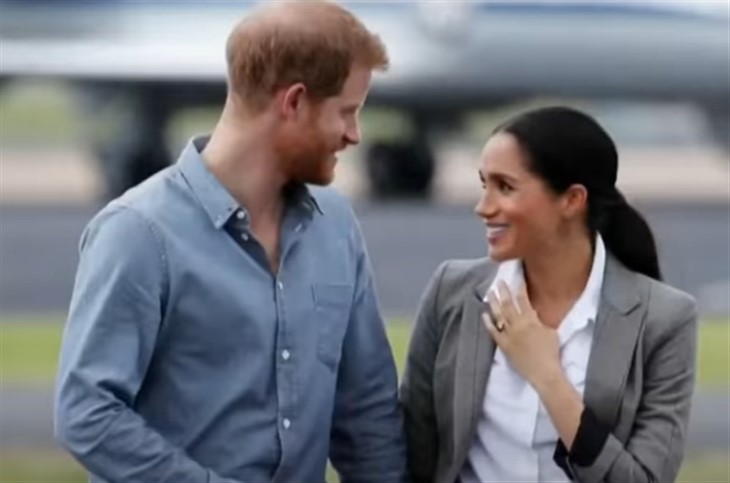 Prince Harry and Meghan Markle are reportedly planning to launch an Oprah-style venture after registering a series of new entertainment businesses.

11 firms have been set up by the couple in tax haven Delaware, seven of which are linked to showbiz ventures. According to a leading royal commentator, the pair want to make a big resounding splash in Hollywood as they “want to earn loads more money”.

It’s been more than a year since the Sussexes stepped down as working members of the royal family, and they have made quite a name for themselves in Hollywood. Mere months after their exit from royal life, they’ve been able to secure lucrative multi-million dollar deals with Netflix and Spotify.

Prince Harry has co-created a successful mental health docuseries alongside American chat show-host giant Oprah Winfrey and is currently working on another docuseries that’ll revolve around the Invictus Games and its players. Meghan published her first children’s book last year and is working on an animated series for children named “Pearl”.

Together, the couple are looking forward to casting their name in Hollywood gold and they’re only going to keep getting better and better at it. Currently, the couple enjoy a £14 million house located in Montecito, California, where they live with their two young children.

Harry’s authorized biographer claimed that the pair are trying to find their perfect blueprint to seal themselves as Hollywood royalty, even if it means trying out different sectors to see which sticks for them.

In the meantime, not much has been seen of their contracts with Netflix and Spotify. In 2021, Spotify announced a full-scale launch from the couple after they landed a reported £18 million deal. So far, all that’s been seen of the deal is just one 35-minute podcast episode.

Now, Angela Levin, who spent a year working with Harry for an authorized biography, said she believes the pair might be thinking about going into TV presenting work.

“This all seems to be a big turnaround from their philanthropic and non-profit work to just pure entertainment,” she told Sun Online. “It suggests they want to earn loads more money.”

Speaking of Harry’s appearance on James Corden’s show last February, and Meghan on Ellen’s back in November, Ms. Levin said the couple are likely looking forward to hitting Hollywood in a big way.

“Meghan feels that she wants to be a star in every way she can, and perhaps philanthropic work isn’t giving them enough of that celebrity,” she said. “Harry was reportedly going to take over from James Corden on The Late Late Show as a presenter when his book comes out.”

While Prince Harry’s memoir hasn’t gotten a release date yet, it’s been said that it’ll be arriving around August/September 2022.

“It’s been claimed he plans to do this for a couple of weeks to promote this memoir of his, which will no doubt feature some attacks on the Royal Family. Nonetheless, he still wants to do something comic. That’s what’s been rumored.”

“It’s said – and that could well be tongue in cheek – that he wants to take over the job from James Corden. They are good pals. And Meghan very much liked being interviewed by Ellen and apparently said afterwards she’d love to have her own programme, just like that.”

Ms. Levin also speculated on why the couple “just keeps changing their direction”.

“I’m surprised they’re not dizzy. Every week they want to do something different,” she added. “Last week it was politics, this week it’s entertainment, the week before last it was making documentaries, before that it was a book. It’s just chop-change.”

The royal biographer also said that any move into entertainment may be challenging for the royals. “It might well be difficult for the Royal Family,” she said. “I think the royals have given up on them.”